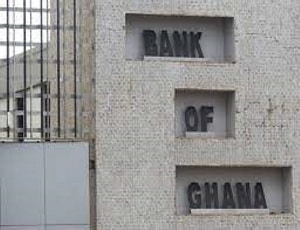 According to the Bank of Ghana (BoG), those who operate in the black market are breaking the law.

Adwoa Konadu Tortor, the head of the Foreign Exchange Bureau Examination Office, warned that doing so might result in an 18-month prison sentence, a fine from a court with the appropriate jurisdiction, or both.

On Rainbow Radio 87.5Fm’s Frontline, she stated that the Police are required to detain such individuals, present them in court, and bring charges against them.

Without a license, it is forbidden to conduct business in the foreign exchange market.
The police have the right to detain anyone who works in the market without a license because doing so is against the law.
If they are found guilty, they face a fine of 700 penalty units, 18 months in prison, or both when they are taken before a court of competent jurisdiction after being apprehended.

According to him, the offender’s property and proceeds from the illegal transaction could also be seized by the court.

She appealed to the media, the general public and other stakeholders to support the BoG in clamping down on the illegal operations of unlicensed forex traders.

She told those breaking the law, “Stop it now!” Apply for a license if you want to trade currencies. “Do not hide in a small corner and operate illegally.”

Meanwhile, the police have arrested 76 people in Accra for allegedly engaging in the illegal trading of foreign currencies (forex), particularly US dollars.

The suspects were apprehended last Tuesday by a special team from the Ghana Police Service (GPS) and the Bank of Ghana (BoG) for illegally selling and buying the CFA Franc, euro, and British pound, among other currencies, in Accra’s Central Business District (CBD).

They were apprehended in Rawlings Park, Tudu, Cowlane, the Kwame Nkrumah Circle, Kinbu, Timber Market, and Lava and have since been placed in police custody to assist with the investigation leading to their prosecution.