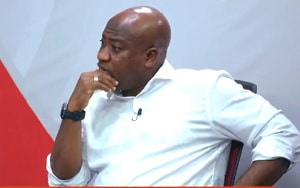 The Member of Parliament for Tamale Central, Ibrahim Murtala Muhammed, has raised concerns over what he says is the failure of the national executive of the National Democratic Congress to meet the caucus in parliament before changing the leadership of the Minority in parliament.

According to him, the party cannot choose the parliamentary leadership without consulting them.

His comment comes on the back of an announcement by the NDC party on a major shake-up in their leadership in parliament.

“Someone should tell some of the national executive that, they cannot choose our parliamentary leadership without consulting the caucus,” he wrote on Facebook.

A former Deputy Minister of Finance, Dr. Cassiel Ato Forson, has been appointed as the Minority Leader, as replacement for Haruna Iddrisu.

This was contained in a letter to the Speaker of Parliament, Alban Bagbin, from the National Democratic Congress dated January 23, 2023.