Black Stars first group game at the 2022 World Cup ended in defeat on Thursday afternoon. The game at the Stadium 974 ended 3-2 after a fightback from Ghana.

The Black Stars of Ghana in the first half battled the Portuguese in all departments. After halftime, the entire encounter changed as both sides went for goal.

The Portuguese were the first to score through a dubious penalty given by the referee. Former Manchester United attacker Cristiano Ronaldo scored from the spot.

Bilbao attacker Inaki Williams got a late opportunity to equalize for Ghana but slipped when he was about to shoot.

The Black Stars will now focus on beating South Korea and Uruguay.

Below are some of the comments: 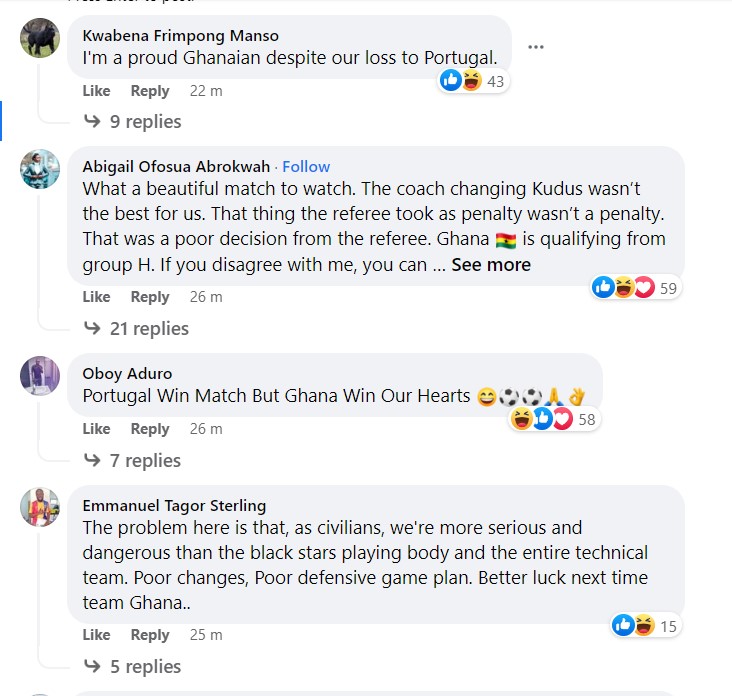 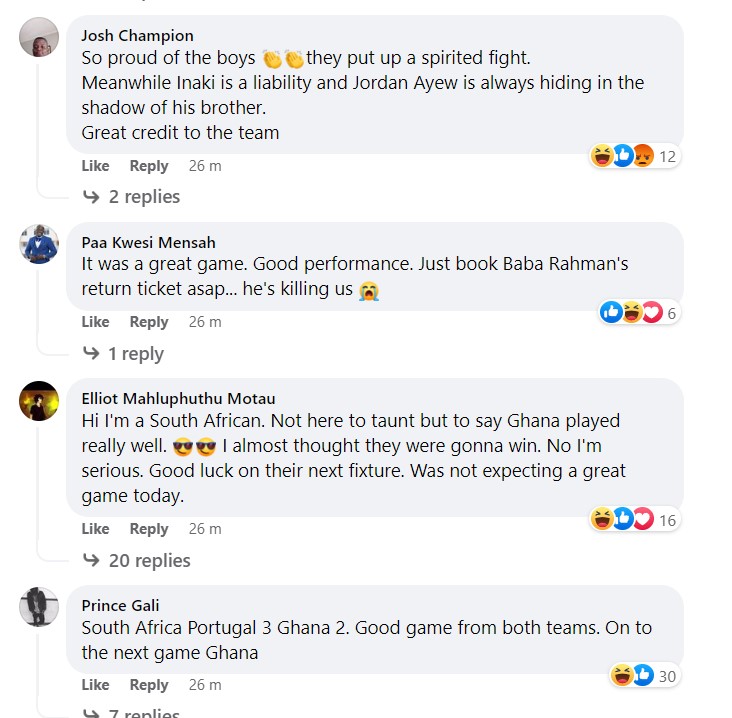 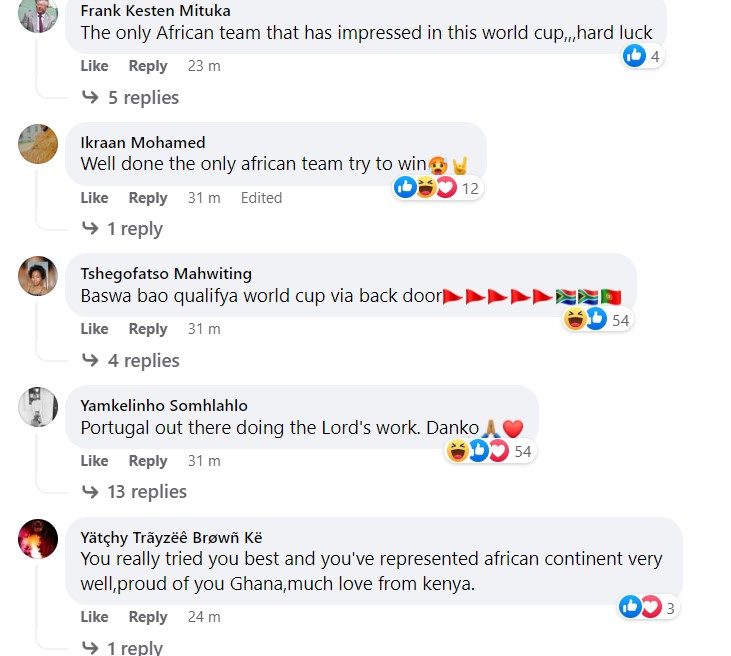