Will Archie finally get a title now that Charles is king? We’re not so sure 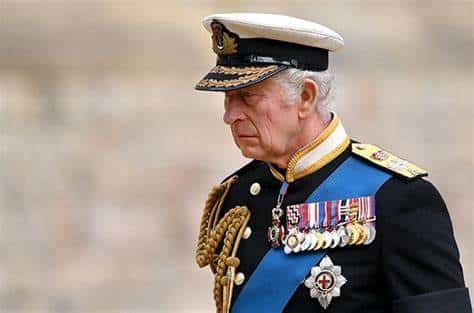 When Prince Harry and Meghan Markle welcomed their first child, it was decided he would be known as Archie Harrison Mountbatten-Windsor.

Archie would have gotten the “courtesy title” of Earl of Dumbarton upon his birth, but the couple announced he was not given a title and, instead, could be given the secondary Sussex title before inheriting the dukedom.

Following Harry and Meghan’s exit from the firm, however, and their bombshell interview with Oprah Winfrey, the Duchess of Sussex revealed Archie was actually not given a title.

She told the talk show host: “They didn’t want him to be a prince or princess, not knowing what the gender would be, which would be different from protocol, and (said) that he wasn’t going to receive security.”

She added, in a blow to the royal family: “In those months when I was pregnant… we have in tandem the conversation of, you won’t be given security, not gonna be given a title and also concerns and conversations about how dark his skin might be when he’s born.”

Now, according to a rule established by King George V after he issued a Letters Patent in 1917: “The grandchildren of the sons of any such sovereign in the direct male line (save only the eldest living son of the eldest son of the Prince of Wales) shall have and enjoy in all occasions the style and title enjoyed by the children of dukes of these our realms.”

This essentially means King Charles can now give prince and princess titles to both Archie and Lilibet. When – and if – that will happen, though, is unclear.

The Sussexes are still at odds with the firm, with sources saying though they appeared to unite following the queen’s death and the proceedings that followed, “no meaningful rapprochement” has been made.

Meanwhile, behind the scenes, there’ve been arguments over titles for Harry and Meghan’s children, according to People, with a spokesperson saying nothing of the sort will be decided while the family is in mourning; the mourning period will last one more week after the funeral.

Of course, one can’t help but wonder about the likelihood of the above, with the royal website having already updated William’s title to Prince of Wales and all three of his children to Prince George of Wales, Princess Charlotte of Wales and Prince Louis of Wales.

Lilwin supports over 1,500 students ahead of BECE

Lilwin supports over 1,500 students ahead of BECE