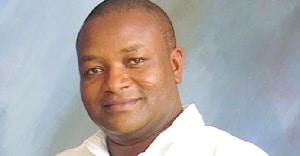 Leader of the All People’s Congress party (APC) Dr. Hassan Ayariga, has shared a terrifying experience at the Korle Bu Teaching Hospital to explain his recent remarks about the health facility.

Dr. Ayariga narrated in an interview with Roselyn Felli on Prime Morning that medical directors nurses of the hospital leave the facility and return the next day, abandoning attention-needing patients to their fate.

Dr. Ayariga also claimed that some patients, including himself, ran out of oxygen, but there was no doctor or nurse to attend to them, leading to the death of some patients who could have survived.

In his case, without mincing words, Dr Ayariga recalled: “After three and a half days, Korle Bu was now taking me to go and check my lungs when I was to be transferred to IMAH Hospital. My saturation was reduced from 85 to 65. I tell you Korle Bu is a death trap.”

In his view, refurbishing and restructuring the hospital is the way to go, and that’s exactly what he will do if elected as President of Ghana.

“I’ll refurbish and change the management of Korle Bu. I’ll make sure that nurses and doctors there have to go for extra training because when you go there, people don’t really care because they see death every day,” he said.

He blamed the lack of monitoring and supervision as well as misplaced priority on the part of the central government for the woeful state of the Korle Bu Teaching Hospital and others across the country.

The management of the Korle Bu Teaching Hospital has not yet responded to the claims by Dr Ayariga.