A social media story that claimed the Ghana Revenue Authority (GRA) had levied fees on upscale vehicles has been denied by the Authority.

In a statement, the GRA asked the general public to ignore the aforementioned letter, claiming that its contents are entirely untrue and that neither the DVLA nor any charges on luxury vehicles have been authorized.

“The attention of the Ghana Revenue Authority (GRA) has been drawn to a purported letter from the authority being circulated on social media titled ‘Implementation of Luxury Vehicle Levy’. The said letter states that the Driver and Vehicle Licensing Authority (DVLA) has been authorised to collect an annual levy imposed on luxury vehicles with high engine capacities”.

“GRA wishes to inform the general public that this publication was not issued by the authority and its contents are completely false No levies have been imposed on luxury vehicles and neither is the DVLA authorized to collect such levies”. 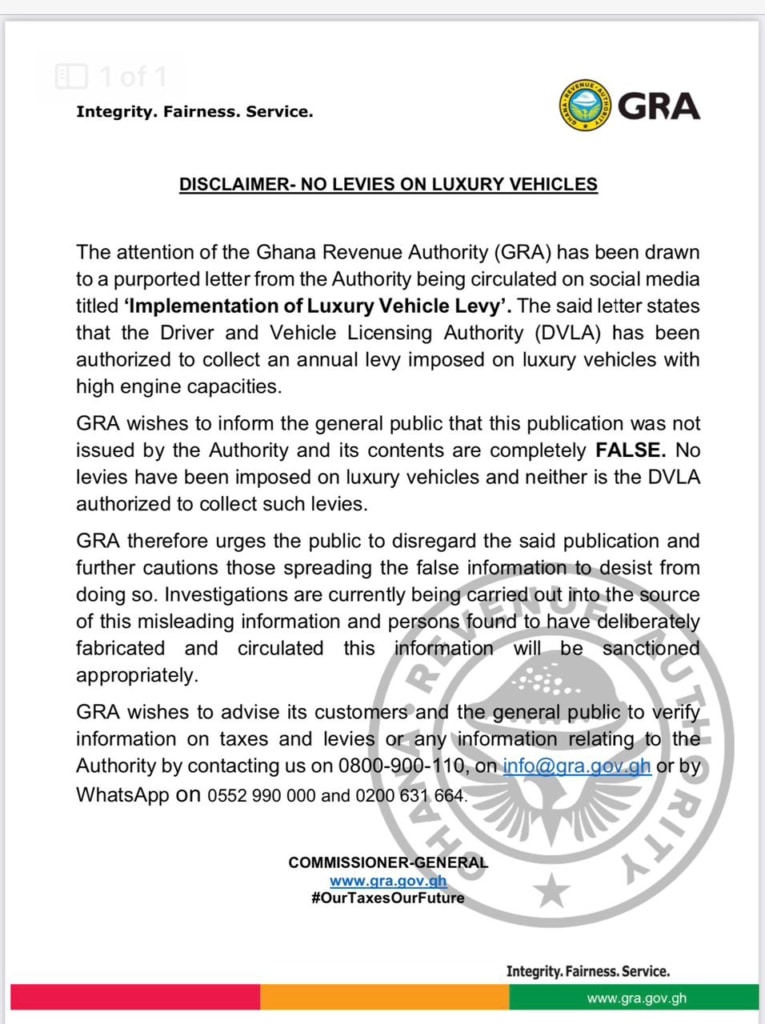 It further cautioned those spreading the false information to desist from doing so, adding, “Investigations are currently being carried out into the source of this misleading information and persons found to have deliberately fabricated and circulated this information will be sanctioned appropriately”.