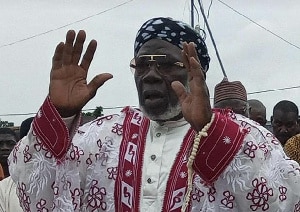 The demise of the Western Regional Imam, Alhaji Sanni Abdullah Bawa, has been reported.

The sad event occurred on Thursday, September 23, 2022, at the Effia Nkwanta Regional Hospital in Sekondi in the Western Region.

Imam Alhaji Sanni was turbaned substantive Regional Imam on May 21, 2022, after the demise of Imam Ustaz Ali Hassan Ali under whom he served as a Deputy for 11 years.

On the demise of Imam Jaafar on the 2nd of April 2011, he was automatically promoted and turbaned as Deputy Regional Imam.

His salatul al-Janazah “ Islamic funeral prayer (Muslim prayer proceeding burial) has been held after the asr prayer on Friday, September 24, 2032 at Sekondi Zongo.

Kudus will play for Real Madrid or Barcelona- Inaki Williams