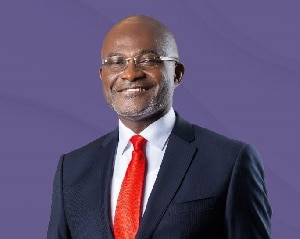 The Member of Parliament for Assin Central, Kennedy Agyapong, is disgruntled over government’s decision to slap a 35% penalty on duty on imported used vehicles which are between one to five years old.

According to him, the act is not fair because not every Ghanaian can afford a brand-new car.

He also stated that if the government wants to encourage local investments, it should not be to the detriment of indigenous businesses.

“Wherever the manufacturing and assembling companies come from, there are used car companies there, but why are they not telling their governments to slap higher tariffs on the used cars?

“This is clearly due to the fact that not everybody can buy a brand-new car. If you have locals dealing in used cars, you don’t come up with punitive measures because you’re asking automobile companies to invest in Ghana,” he is quoted by myjoyonline.com.

Kennedy Agyapong also bemoaned the waivers foreign businesses are given whiles citizens are made to pay huge taxes.

“How can you slap an additional 25% on 1-5 years cars and leave 6-10 years cars? We must always put the citizens first in every decision we take as this is the case in every country. It’s quite unfortunate that it is only in Ghana we tend to put foreigners ahead of our own people,” he said.

However, the Vehicle and Assets Dealers Union of Ghana (VADUG) has stated its displeasure over the introduction of the penalty.

Deputy General Secretary of the dealers, Clifford Ansu, according to myjoyonline reports said, “We’re against this aspect of the law. For instance, a vehicle between 1-5 years attracts a penalty of 35% on duty. We’re even struggling with the existing duty and when it is implemented before the year ends, it will surely collapse our business.”