The Association of Magistrates and Judges of Ghana (AMJG) has denied claims that Superior Court Judges receive ex-gratia every four years.

According to the judges, they rather take back pay when their actual salary is computed and back-dated.

â€œIt is this arrears of salary or back pay which is mischievously being described as ex-gratia in the press, particularly on radio, television and on social media platforms by some seasoned journalists and so-called social commentators, who never attempted to look for the truth.

â€œThese arrears of salary or back pay are paid in a lump sum or instalment â€“ this has been the situation since 1996,â€ a press statement dated June 21, 2022 said.

The subject of payment of ex-gratia resurfaced after a former Council of State member, Togbe Afede XIV, decided to reject over Â¢300,000 paid to him for serving on the Council for the period between 2017 and 2020.

His move was subsequently greeted with mixed reactions, including calls for the abolishment of the payment of ex-gratia to Article 71 office holders and claims that suggested that judges too are being paid ex-gratia.

â€œThe Association of Magistrates and Judges of Ghana (AMJG) has noted with dismay the false and malicious allegation that judges of the Superior Courts â€“ Supreme Court, Court of Appeal and High Court â€“ are paid ex-gratia at the end of every four years.

â€œThe AMJG would like to state without any equivocation, whatsoever that, that allegation is false and baseless. The Association would like to state categorically that no Superior Court judge is or has ever been paid ex-gratia every four years as being wrongly stated in the media,â€ the statement added.

Below is the full statement: 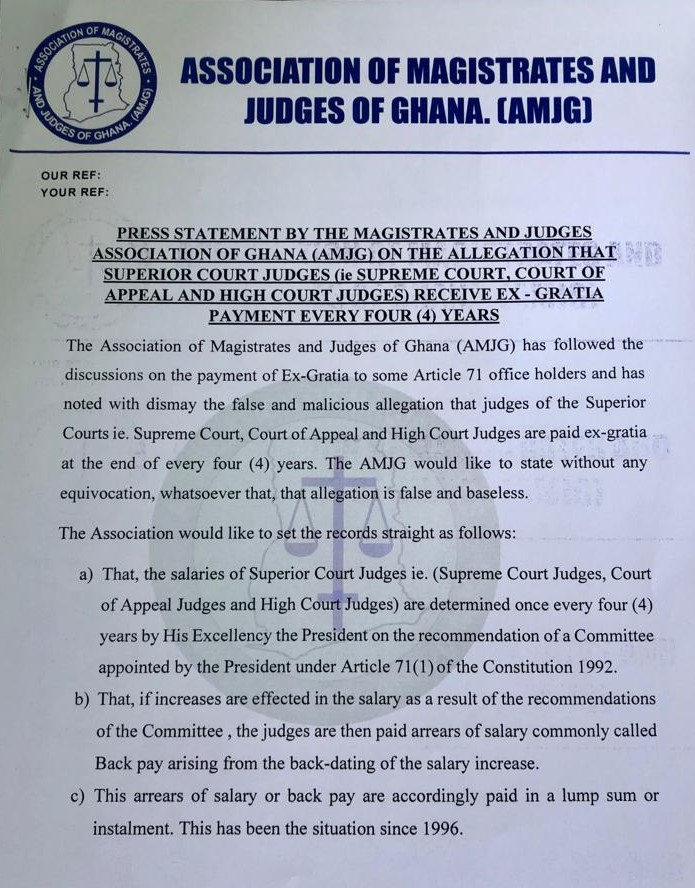 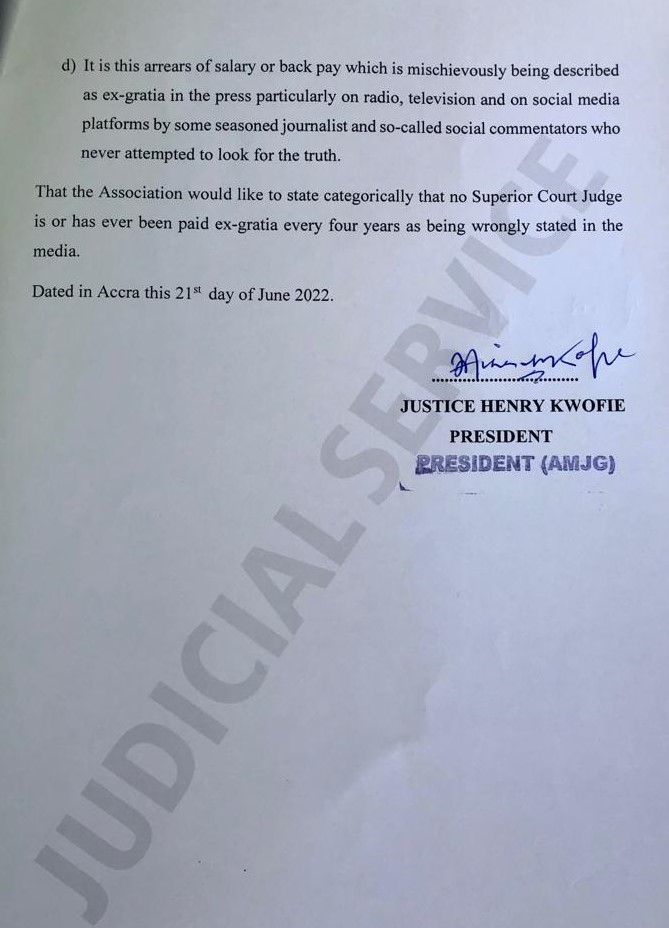