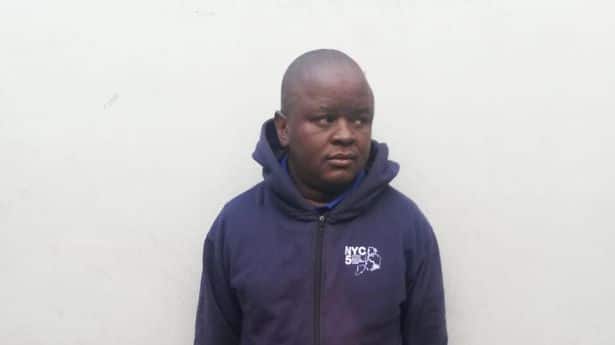 A 40-year-old man has been dubbed ‘South Africa’s dumbest criminal’ after walking into a police station to get a job there despite being on a wanted criminal list.

Thomas Ngcobo had been on the run for the last seven years, after stealing hardware products worth more than $1,200 while working as a delivery man in 2015.

He reportedly diverted deliveries to other addresses without the owner’s consent or knowledge, and went on the run as soon as his manager realized that some invoices were missing and several products had been delivered to the wrong addresses.

Ngcobo’s name was added to the police’s wanted criminal list as soon as his employer filed a complaint against him, but he managed to avoid capture for seven years. And then he walked right into a police station like he didn’t even have a criminal record.

Mpumalanga police spokesperson, Brigadier Selvy Mohlala, told reporters that his colleagues at the local police station were baffled by Thomas Ngcobo’s visit. On August 15, the 40-year-old man reportedly walked into the station to complain that he hadn’t received a reply to his application for a job at the station and ask what the hold-up was.

“The suspect was unexpectedly nabbed on Monday, August 15, 2022, after he visited the Bethal SAPS to make enquiries about his application for a police recruitment drive,” Mohlala said.

According to South African news sources, the provincial law enforcement has been promoting Ngcobo’s arrest as an example of its tireless pursuit of justice, conveniently forgetting to mention that the suspect literally walked into a police station.

“We are working tirelessly day and night, sticking to our mandate of creating a safe environment for all citizens,” Lieutenant General Semakaleng Daphney Manamela said. “We cannot achieve that stage while other suspects are still roaming the streets and terrorising communities. It is just a matter of time before we bring them to justice.”

Ever since news of his arrest went viral online, Thomas Ngcobo has been dubbed ‘South Africa’s dumbest criminal.’