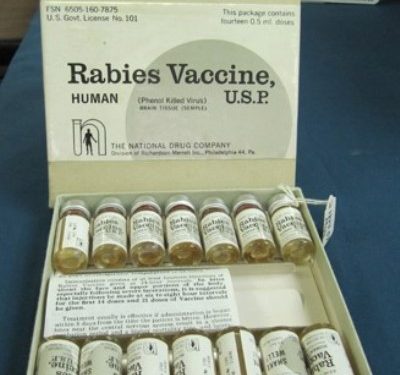 The Veterinary Service Department of the Ghana Health Service has explained the need to charge a fee of GH¢10 for the vaccination of dogs in the country.

The service posits that the vaccines being used at its outfit are largely procured by private agencies.

This comes after the Service issued a rabies alert following the death of eight people in the Ashanti region.

Speaking at the World Rabies Day Press briefing, Chief Veterinary Officer at the Veterinary Service Department called on development partners for support in order to make the vaccine free and accessible.

“Even at the GH¢10, it is very difficult to afford by some people, but we are still appealing to the stakeholders to make sure that this vaccine is free so that we eliminate the disease as we have targeted by 2030,” he said.

Annual global figures show that, about 60,000 die from rabies, especially in Africa and Asia.

Primarily spread through animal bites, the disease is virtually 100 percent fatal once symptoms present themselves.

Story of the suit that represented decolonization