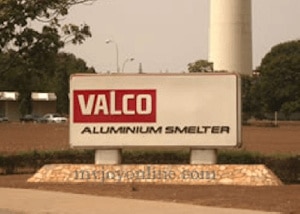 The over 300 workers through their union executives

Workers at the Volta Aluminium Company (VALCO) have rejected a 22% increment in salary, management of the company has said.

In a statement, VALCO indicated that the staff described the increment as insufficient and staged a demonstration in the early hours of Monday, October 31, 2022, to register their displeasure.

This follows negotiations between management and the workers.

The over 300 workers through their union executives, proposed an initial 62 percent salary increment to the Management of VALCO, and subsequently reduced it to 55 percent.

Management however responded to this with a 22% increment offer with an assurance of further increment in the future as steps are being taken to retrofit the Alluminium Smelter plant which had been recording losses for years until 2021.

“Management of VALCO further indicated to the workers union executives that they will have to invite an independent arbiter in labour/industrial disputes settlement i.e the National Labour Commission (NLC), to take-up the matter after negotiations between Management and the workers ended up in a stalemate,” parts of the statement said.

The workers are therefore calling for better conditions of service and the immediate dismissal of some management members whom they describe as retirees.

They also want their salaries to be pegged to the dollar following the dollar appreciation in recent times.