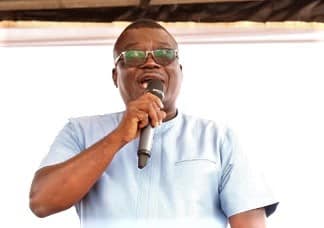 Semekor Kwaku Fiadzo, a Deputy Chief Fire Officer (DCFO), has urged the residents of Anlo to use the Hogbetsotso Festival this year to mobilize people to make Anlo great once more.

DCFO Fiadzo, who is also an Anlo native, continued, “Let us move forward in togetherness, as development can only thrive in an environment of unity and among people devoted to a shared purpose and agenda.”

Speaking at the 2022 Hogbetsotso Za launch in Tema yesterday[September 21, 2022], DCFO Fiadzo—who is also the Director of Research and Information Technology for the Ghana National Fire Service—explained the event’s goals.

The festival is celebrated by the people of Anlo and its affiliates in the southern part of the Volta Region.

Hogbetsotso, undoubtedly the biggest event on the calendar of the people, which also features prominently on the country’s tourism calendar, is used to commemorate the historic migration of the Ewes from Notsie.

It is also used to remind the people of the values, norms and traditions on which the Anlo State was founded.

This year’s festival, which will be climaxed on the first Saturday of November with a durbar at Anloga, is on the theme: “60 years of Anlo Hogbetsotso za: Uniting for development, sustaining our unique cultural commonwealth for future generations”.

DCFO Fiadzo retraced the history of Anlos and how the area used to be the centre of commerce, education, farming and fishing.

“All Anlos must resolve to contribute to making Anlo great again. A great Anlo makes all Anglos great, and a weak Anlo makes all Anlos weak. There is no exception to this rule. So let us contribute our ideas and resources to the Anlo State,” he said.

On education, the Deputy Chief Fire Officer said: “Every household and individual must resolve and make it a point to facilitate our children’s acquisition of education, for education is one thing no one can take away from you.” 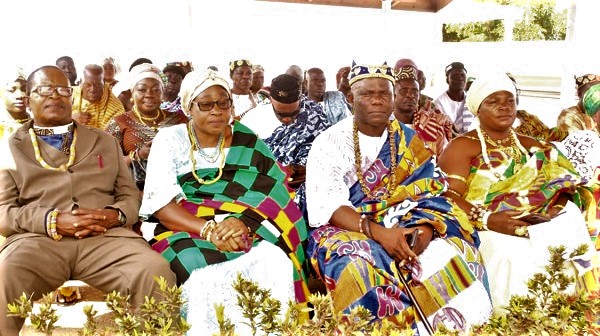 He further advised the people to cherish and protect the beautiful environment they had been entrusted with.

“Indiscriminate bush burning, the destruction of water bodies, the wanton killing of animals, cutting of trees and destruction of the ecosystem are crimes against nature.

“We must stop the destruction of nature and protect the land God has entrusted into our hands,” DCFO Fiadzo added.

Activities lined up for the festival include a congress of chiefs, a health screening, the Hogbe Marathon, street arts festival, a durbar for schoolchildren and the Miss Hogbe Beauty Pageant.

The Spokesperson for the Awoamefia, Togbui Agbotadua Kumassa, in an overview of the events, said the festival was returning this year after a two-year break due to the COVID-19 pandemic.

He said Ewe values and heritage were being lost and the festival presented an opportunity to create awareness of them.

He added that while the area had its fair share of under-development, the people believed that reviving their heritage would go a long way to influence growth.

The Chairman for the event, Torgbi Gbordzor III, the Dusifia of Anlo, called on well-meaning citizens of Anlo to make financial contributions to support the various activities lined up for the festival.

The Ewefia of Ashaiman, Torgbi Exa Foli Aheto, stressed the need for unity among leaders within the Anlo State.