To stop growing inflation, the government and the BoG can use four actions – IEA 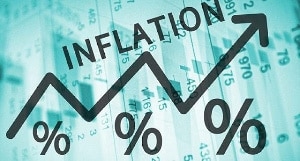 To address the growing inflation, the Institute of Economic Affairs has suggested certain initiatives that the government and Bank of Ghana can implement.

The Institute stated that specific inflation-causing variables should be targeted in a statement on September 19, 2022.

The IEA stated that among measures that can be adopted to reduce inflation, these four should be looked at by the government.

1. Regarding food, we call for reinforcement of measures to ensure that food stocks are easily transported from farm gates to markets. We call for subsidies on basic staples like maize, rice, cooking oil, and bread.

2. With regard to fuel, we advocate for the elimination of some fuel taxes and levies as well as the use of a portion of the government’s windfall profits from rising oil prices to reduce the cost of gasoline at the pump.

3. In terms of transportation, we demand the development of public transportation and the subsidization of fare prices to assist the general population.

4. With regard to the exchange rate, we urge the Bank of Ghana to implement foreign exchange legislation, such as those that deal with traveler carry-on baggage restrictions, forex trading, the pricing of products and services in forex, and bank-to-bank currency transfers.
In order to lessen pressure on the currency rate, we also urge the Bank to work with overseas businesses to stagger the repatriation of their earnings and profits.