by Phoebe Doku
in News 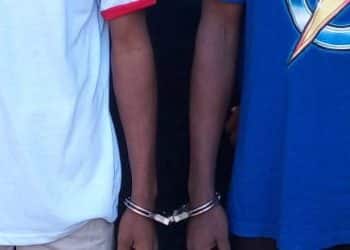 In connection with the altercation at Kwame Nkrumah University of Science and Technology, three more students have been detained.

Following the issuance of a bench warrant by the court for the detention of more than sixty suspects in relation to the event, they were taken into custody.

The three students, Emmanuel Appiah Amoah, Eugene Nuamesi, and Kwabena Kwarteng Amaniampong appeared before the Asokore Mampong District Court and have been remanded into police custody.

The accused’s attorneys had asked the court to grant bail to their clients so that they could continue taking the University’s current exam.
The prosecution disagreed with the plea, claiming that if the accused were released on bond, they would probably interfere with the investigation by the police.

The court presided over by her worship Hilda Esther Wryter remanded the accused persons to reappear on October 4, 2022.

The court also asked the police to give the students the needed support to enable them to write their exams.