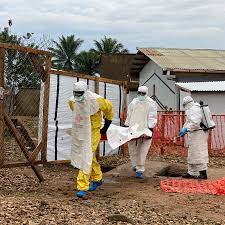 The health ministry in Uganda has revealed three more lives have been lost to Ebola, bringing the total number to four since an outbreak was declared earlier this week.

So far, 11 cases have been confirmed.

Meanwhile, some seven other deaths are being investigated to see if they’re linked to the outbreak in Mubende west of the capital Kampala.

The World Health Organization (WHO) has said the Ebola Sudan strain which is present in Uganda is less transmissible and has shown a lower fatality rate in previous outbreaks of a different strain, Ebola Zaire.

Between 2018 and 2020, it killed nearly more than 2,000 people in the neighbouring Democratic Republic of Congo.