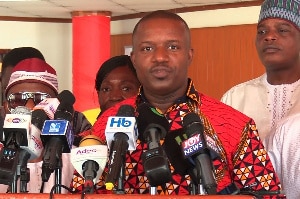 John Jinapor, the ranking member of the Parliament’s Mines and Energy Committee, has claimed that the management of the Electricity Company of Ghana intends to transfer control of its payment system to a for-profit organization called Hubtel.

He claims that the private firm is the same one where Kwame Agyeman-Budu, the former MD of ECG, allegedly intended to take control of its payment system for a commission of 1.5 percent.

Speaking on the Good Morning Ghana show on October 4, 2022, John Jinapor alleged that current ECG management is now trying to privatize the payment system at a 4 percent commission rate.

“There is an attempt to hand over the ECG app, which was developed locally by ECG staff to a company called Hubtel. Today as we speak, there are Hubtel officials at ECG trying to hook their system on the app.

“I’m even told that Hubtel is proposing to charge 4 percent commission. So, there is a lot of internal upheaval among some ECG staff,” he indicated.

He continued, “Don’t forget that during Budu’s time he wanted to embark on the same thing and charge 1.5 (percent commission). The ECG staff held press conferences publicly and agitated against the 1.5 percent commission.”

The lawmaker, however, said staff of the ECG believe that its existing mobile application which was developed is rather enough for use rather than bringing on a third party to handle payments.

“They (the ECG staff) believe that they have already developed the app and that it should not cost that much to bring on board a third party,” the MP said.

He added that the National Security has since been engaged in the matter and is probing details of the alleged transaction.