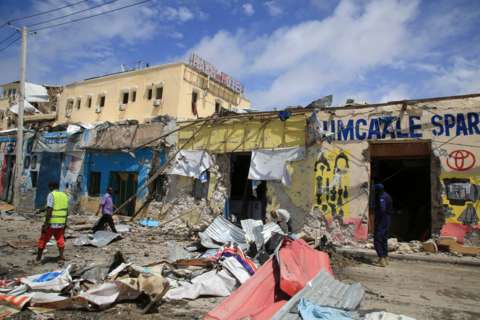 Al-Shabab militants have carried out many attacks in Somalia

The US has blacklisted eight Somalis accused of providing financial and other material support to the Islamist al-Shabab group.

According to Washington, they are part of a network that has smuggled weaponry from both domestic and foreign sources.

This comes a day after the Somali authorities warned businesses in the capital, Mogadishu, against paying taxes to the al-Qaeda affiliate.

Al-Shabab frequently extorts businesses in Mogadishu raising tens of millions of dollars for their militant activities in Somalia and neighbouring countries.

President Hassan Sheikh Mohamud has declared an all-out war against al Shabab and sought international support to defeat the militants.