The ironic effect of kindness in interrogations 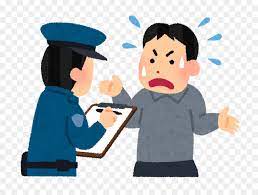 I recently gave a talk to the Society for Police and Criminal Psychology. While there, I could enjoy a talk by another speaker on the state of the art of criminal interviewing and interrogation. It occurred to me that the research on interrogating criminal suspects gives us powerful insights into how to get the truth from people in our everyday lives.

Interrogations are conducted to extract truthful and accurate information. Historically, the most common approach was for the interrogator to use an adversarial approach to questioning that often involved deception, pressure tactics, threats, psychological manipulation, physical abuse, and even torture. Those approaches were based on two folk psychology beliefs.

Over the past several decades, researchers have developed new techniques and conducted research showing that the old interrogation techniques were certainly harmful at times. Still, they were less effective than the more benign approaches.

In the early 1990s, the British psychologist Ray Bull worked with a team of psychologists and police detectives in England to develop a set of interrogation and interviewing techniques based on sound science. They conducted an exhaustive review of the research relevant to interrogations from various fields such as psychology, marketing, and criminal justice.

Based on their research, they developed a new interviewing technique called the PEACE model (preparation and planning, engage and explain, account, closure, and evaluate). A central feature of the PEACE model is rapport. The group found that the scientific evidence on interviewing and interrogation made clear that establishing rapport (showing friendly warmth, care, understanding, and empathy) with the interviewee yielded much better results than adversarial techniques.

Research on the Benefits of Rapport in Interrogations

Implications for Getting the Truth in Everyday Life

What can this research on interrogations and interviewing tell us about getting the truth from people in our everyday lives? First, it may be the case that most want to come clean and be honest. They are just stalled from doing so by worries about an antagonistic audience.

The research suggests that if we can use genuine empathy, warmth, and understanding toward people, they are much more inclined to come forward with the truth.

Perhaps the next time you find yourself in the role of the interrogator trying to get to the bottom of some apparent dishonesty by a child, a romantic partner, a friend, or a colleague, instead of taking an adversarial or accusatorial position, building rapport may more directly lead to the truth coming out.

Admin. (2020, April 22). Why Rapport Building is an Effective Strategy in Detainee Interviews. https://www.cvsa1.com/interviewing-and-interrogation/why-rapport-buildi…