‘The big truck of plantain has arrived’ – Agric Ministry 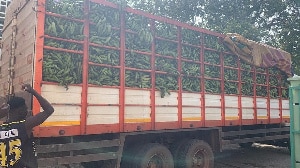 The Agric Ministry earlier stated that the insufficient foodstuff at its Planting for Food and Jobs market (PFJ) was due to a delay in the arrival of a “big truck” full of plantains.

But the big truck has arrived at the Ministry ready to be sold to patrons, GhanaWeb can confirm.

A number of persons have also trooped into the premises of the Agric Ministry to purchase the plantain.

Patrons in the early hours of November 11, 2022, bemoaned the insufficient number of produce which was already sold out as of 10:00 am.

A spokesperson at the Ministry who spoke to JoyNews said the foodstuff was just only a small number of what was expected.

He said, “the big truck had been delayed.”

“The information gathered is that there was an accident between Apagwa and Suhum area and the road was actually blocked so it had to reroute through Kyebi. So, we are hoping that it should be here shortly,” he said.

Meanwhile, some civil servants who bought plantains earlier bemoaned the high cost of the foodstuff while comparing them to those sold in the public markets.

Speaking to JoyNews at the Agric Ministry where the exercise was held, a civil servant who works at the Ministry of Lands and Natural Resources said: “To me, it’s a good initiative but since I heard it was a pilot, we are expecting that the next bunch that will come, the price will really go down a bit. Last week I bought one bunch for 15 in the market. It was reasonable, looking at the size. So I can’t see any big difference between what is here and what is in the market.” 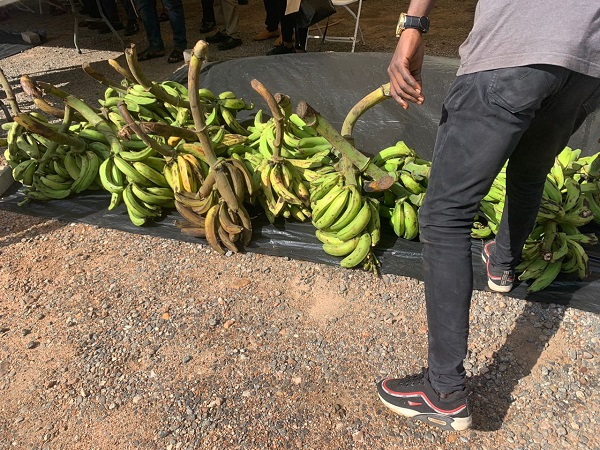 Tags: Agric MinistryMinistry of Lands and Natural ResourcesPlanting for Food and Jobs market