Tema-Motorway to get five lanes each, Tetteh Quarshie interchange to be remodelled – Ken Ofori-Atta 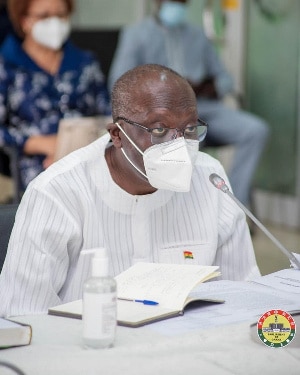 The finance minister has revealed that the government is seeking to secure funds from Ghana Infrastructure Investment(GIIF) for a 27.7 km of the Accra-Tema motorway and extension project.

According to him, the project, when approved, will provide the Tema-Motorway with five lanes on each side of the stretch.

Speaking in parliament, he indicated that aside the Tema-Motorway lanes, the government will remodel the Tetteh Quarshie interchange and there will be a reconstruction of the Apenkwa interchange and a new interchange at the Fiesta Royale crossroads and Neoplan area.

“Mr. Speaker, Government is pursuing the strategic decision to procure the 27.7km of the Accra-Tema Motorway and Extensions Project through the Ghana Infrastructure Investment Fund (GIIF). A PPP Concession Agreement backed by an appropriate toll arrangement will be presented to Parliament for approval to facilitate its execution. Provision has also been made in the 2023 and the Medium-Term Budget for the Equity and Viability Gap Funding required by a GIIF Special Purpose Vehicle (SPV) to enable the project to start in earnest in 2023. The project will be delivered in phases.

“Mr. Speaker, the iconic nature of the project is such that when completed, there will be five lanes each on both sides of the main Accra-Tema Motorway stretch, and six lanes each on the Tetteh Quarshie – Apenkwa stretch of the road. The project will include the remodeling of Tetteh Quarshie Interchange, the reconstruction of the Apenkwa Interchange and the construction of new interchanges at the Fiesta Royale cross roads and Neoplan area,” he said.

The Minister of Finance was in parliament to fulfil his constitutional mandate by presenting the government budget to the House.

The minister presentedax the 2023 Budget Statement and Economic Policy to parliament in a year that has experienced perhaps, the worst forms of economic downturns in the fourth republic.