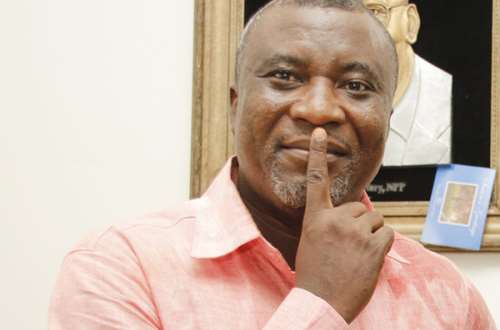 When Hopeson Adorye announced that he had been sacked from his government job under the Ministry of National Security, many were shocked considering his dedication to the New Patriotic Party and president Akufo-Addo, whom he has defended spiritedly.

Teacher Kwadwo, a former teacher who was equally sacked by the Ghana Education Service is the latest to react to Hopeson’s dismissal despite his years of sacrifice to the party.

In a Facebook post, the skit maker mocked the one-time parliamentary aspirant of the NPP and announced that he will create a WhatsApp group that will have all dismissed officials under the NPP government.

“Pls I’m creating a WhatsApp group for we wey dem SACK from work. If u have also been sacked,lemme know so I can add you. The group name is..“Still Yɛbedidi…Nyame bɛhwɛ yɛn so!” he teased.

As earlier reported by GhanaWeb, Mr Adorye in an interview on Net2 TV explained that his association and support for a candidate eyeing the flagbearership position led to the termination of his contract at the Ministry.

“God will cater for us, we will eat, uncle (referring to the show host), God has got us. How we toiled in opposition for Akufo-Addo to come to power, we will do same for Alan Kwadwo Kyerematen to come.

“I’m not a zombie, uncle, I was told that my support is not towards a particular camp so I should be dismissed, I have been dismissed. ‘Your appointment has been terminated with immediate effect.’ That is why I am stressing that God will cater for us, we will never die,” a disappointed Hopeson Adorye indicated.