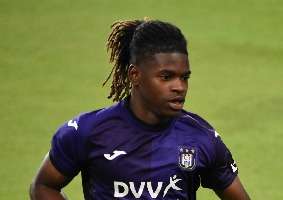 The RSCA Futures has no doubts about the 18-year-old attacker from Verviers, but his contract is up in June. He might yet join Vincent Kompany’s Burnley in the summer, and there is already a lot of interest.

Two Belgian clubs, as well as clubs from England, Germany, Switzerland, the Netherlands, Italy, and France, have expressed interest in Enock Agyei according to reports. The best opportunity would go to Standard because it also desires to sign his twin brother Ebenezer, who just shut the door on Neerpede.

Enock Agyei would become more integrated into the first team at Standard than he is at Anderlecht right now.

The two promising talents were discovered by Anderlecht at the age of 10 at the beginning of 2015, after which they were persuaded by youth manager Jean Kindermans to follow the training program of the academy in Neerpede.

While he was still in the U15, Enock was voted the best player in a strong tournament for U18 in Milan.