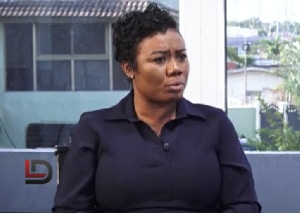 Broadcaster Bridget Otoo has bemoaned the move by the government to remove the daily limits to electronic money transfers that will attract the Electronic Transfer Levy (E-Levy).

The Minister for Finance, Ken Ofori-Atta, has announced a proposal to review the Electronic Transfer Levy (E-Levy) from its current rate of 1.5 per cent to 1.0 percent.

In addition to the reduction of the rate, Ofori-Atta also proposed the removal of limits on transfers that will attract the levy.

“Review the E-Levy Act and more specifically, reduce the headline rate from 1.5% to one percent (1%) of the transaction value as well as the removal of the daily threshold,” he said.

Reacting to this in a series of tweets on Thursday, November 24, Bright Otto said that the government, after promising that the poor would not be affected by the levy, now wants to charge all transactions.

She berated persons who supported the government’s implementation of the level when questions were raised about how it would affect the poor.

“All the town hall meetings about e-levy protecting the poor were just a waste of public funds to feed lies to an already impoverished people.

“When we called gov’t out on its 100 cedi threshold lies, fool soldiers were up on their key boards defending. Here we are!

“So, the footsoldiers I hope you heard him? E levy was already being charged on 5 cedis. Now 1 pesewa sef, it would be charged,” parts of her tweet read.