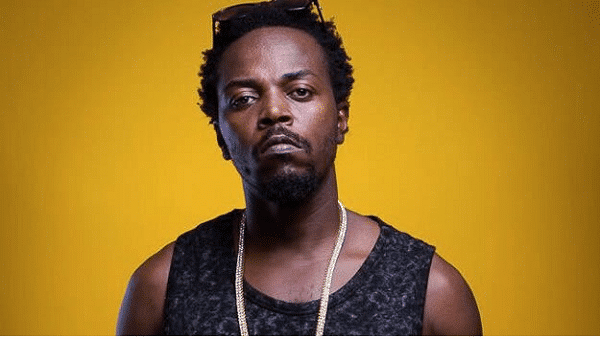 Ghanaian musician, Kwaw Kese, has expressed disappointment in the Ghana Police Service and the Inspector General of the Ghana Police (IGP), Akuffo Dampare, for what he described as acting nonchalant when Shatta Wale confessed that Bullgod killed his manager, Fennec Okyere.

In a video shared on his Instagram on December 5, 2022, Kwaw Kese said, “It’s been one month since Shatta Wale came out to say he has been keeping secrets about how Bullgod planned and killed my manager. I don’t know what is happening in this Ghana again. Now the Ghana Police are still sitting on this case and not taking any action. If somebody confesses to killing somebody and we are still doing investigations, I don’t know what the investigation is about.”

The ‘Dondo’ hitmaker indicated that Shatta Wale’s allegation was enough grounds for the police to act, while questioning why they have seemingly been silent over the matter.

“Shatta Wale confessed that he has been keeping a secret and since Bullgod is bringing out his secret, he is also bringing out that secret, and that secret is that he, Bullgod planned and killed my manager. What evidence again are you Ghana Police waiting for before you take action? The day the incident happened. The day Shatta Wale confessed. I called the IGP. After that, they issued a statement and after that, it has been a month and both Shatta Wale and Bullgod are walking there for free,” he added.

Kwaw Kese however called out Mrs. Ursula Owusu who is believed to be the late Fennec’s godmother, Inspector General of Police (IGP) Dampare and the Attorney General minister for what he described as developing cold feet on the issue.

“Mr Dampare, IGP, I respect you a lot. The day Fennec was murdered, you came to the house. The day Shatta Wale confessed, I screenshot the thing for you, and you called me back. I thought the action was going to be taken. There is no action being taken. We need justice. Shatta wale says he is ready to confess in court, so if it’s the court you will take it, make you guys take go make Shatta wale come to confess,” Kwaw Kese added,” he added.

On November 2, Shatta Wale alleged in a Facebook post that his former manager, Bulgod, planned the death of one ‘Fenick’.

“Bull Dog since u r bringing out secrets. You will tell Ghanaians. What happens to Fenicks Murder !! And I am not joking about this time!! I am ready to tell the court about what you told me about you and your men and how you planned that foolish act get ready. This Akuffo Addo won’t give you a murder chance to be on our streets !!! Watch how this ends !!! You can’t fight time !!!” read the post sighted by GhanaWeb.