The Bank of Ghana has sounded a strong warning to individuals who have acquired loans through mobile money platforms, but have deliberately refused to register their SIM cards to evade repayment.

In a press release dated September 28, the central bank revealed a number of repercussions that would be applied on such defaulters.

“Failure to repay such loans will attract negative percussions on borrowers’ credit reports/history and could subsequently adversely affect any chance of obtaining loan facilities from their financial institutions and credit providers in future,” the BoG noted.

According to the Bank of Ghana, this is possible since it has the data on all mobile money loan customers are domiciled in the databases of credit bureaus.

The central bank is not keen on sanctioning such persons, therefore, has advised “borrowers who have discarded their SIM Cards to contact their telecommunication service providers or respective lenders and discuss repayment arrangements.”

After September 30, 2022, all unregistered SIM cards will be deactivated, the National Communications Authority (NCA) has announced.

Mobile Money transactions for first half of 2022

Total Mobile Money transactions in the first half of 2022 significantly surpassed cheque transactions by a massive ¢366.7 billion, the Summary of Economic and Financial Data from the Bank of Ghana revealed.

This was however less than the ¢374.8 billion recorded during the same period of 2021.

Whilst, total Mobile Money Transaction in the first-half of 2022 stood at ¢480 billion, that of cheque transactions was ¢113.3 billion. 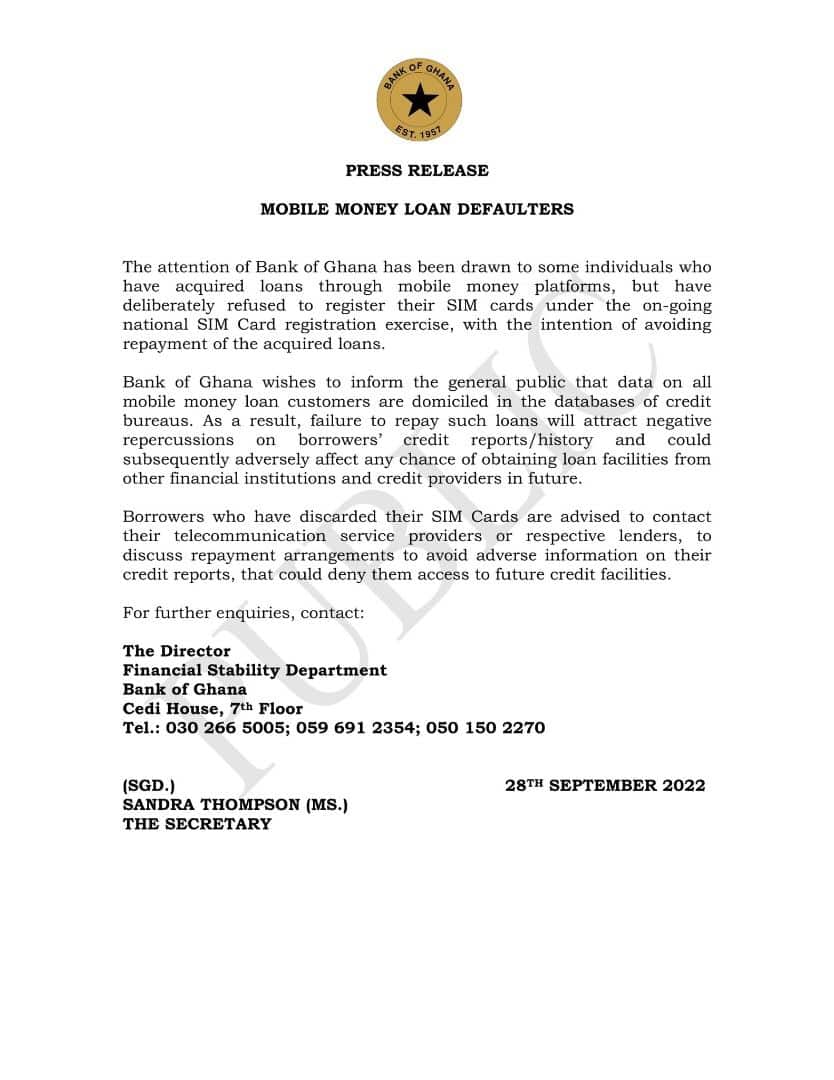