Serial killing in Wa not related to terrorism – Adib Saani 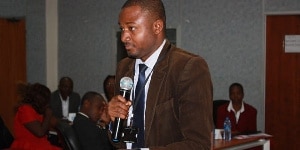 Security analyst, Adib Saani, has refuted suggestions that the recent murders of security men in the Upper West Regional Capital, Wa, have something to do with terrorism.

According to Adib Saani, the killings in Wa cannot be terrorist related because it does not fall within the modus operandi of any terrorist or jihadist groups.

Speaking in a Joy News interview monitored by GhanaWeb, the security analyst added that terrorists normally target killing a lot of people at once and also announce their conquest after successful attacks.

“Terrorists attack and they want the whole world to know that they have attacked. They are proud to flaunt their terroristic tendencies. So, if it were terrorist attacks, I’m sure they would have announced.

“Secondly, terrorists want more people dead and more people scared. Their lethality has grown over the period and they prefer mass casualties. They have certain formats, they use and this is certainly not one of them,” he said.

He added that even though the recent murders might not be terrorist attacks, they have the potential of creating conditions which terrorists can exploit.

Seven security guards have, since April 2022, reportedly been abducted by unknown assailants in the Upper West Regional capital. The police, in collaboration with a team constituted by the Wala Traditional Council, have found 4 dead bodies with missing organs.

The 4 bodies have been deposited at the Upper West Regional Hospital morgue by the Special Purpose Intelligence and Investigation team dispatched by the Inspector General of Police (IGP), Dr. George Akuffo Dampare.

The Ghana Police Service has also indicated that a pathologist from the Police Hospital has been deployed to assist with the investigation.

It has also arrested one suspect who is alleged to be involved in the series of murders.

According to the police, the suspect, Kankani Adongo, is alleged to be involved in at least the recent murder of a 58-year-old security man.

In a post shared on Facebook, Monday, the police said that Adongo was arrested with the help of some community search parties.