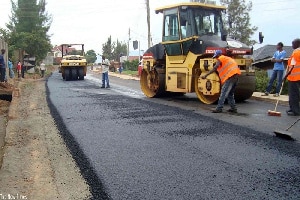 The Western Regional Minister, Kwabena Okyere Darko-Mensah has asked road contractors who are unable to undertake road contracts awarded them to return their contract certificates.

There abound a litany of roads awarded on contracts, yet contractors are not on site as some have abandoned work midstream with the excuse of they not being paid by government for works so far executed.

“The western region has a lot of road contracts, but we’ve noticed that certain contractors aren’t performing their finest work.
We are requesting that any contractor who is not prepared for the contract notify the ministry in writing of their incapacity to carry out the contract in order for us to re-award it.
He underlined, “We are not prepared to beg any contractor once more.

Chiefs and indigenous people in the Western Region have recently been protesting some of the terrible roads that politicians keep stressing are under contract repair.
The Western Regional Minister views the contractors’ behavior as unfair.

Just this week, chiefs in the Ahanta West Municipality have had to take to demonstrating over poor roads at Sankor – Cape 3 points although for the past 2 years they kept being impressed upon that the roads are all on contract since 2020 yet no contractor is on-site till date.

Law enforcement and climate change cause of hike in Amazon emissions

Law enforcement and climate change cause of hike in Amazon emissions