Stonebwoy and his wife Dr Louisa

So Monday and Wednesday nights are now fun times in Ghana, thanks to Member of Parliament (MP) for Assin Central, Honourable Kennedy Ohene Agyapong who is on a shaming spree of all pastors he call ‘fake’ because he claims they are not genuinely doing the Lord’s work.

When everybody thought he had made justice to Angel Obinim, he says No- he is not done yet but on a break. This time, he is Prophet Nigel Gaisie, founder of Prophetic Hill Chapel (PHC).

Mr Essien said: ” Stonebwoy’s wife is a very prayerful woman. She was invited to the church by her friend. The wife was purposely there to support the husband’s (stonebwoy) work with prayers. Then Prophet Nigel saw that as an opportunity. He once told the woman through ‘fake prophecy’ that he had seen that some group of persons in the music industry wanted her husband dead.” 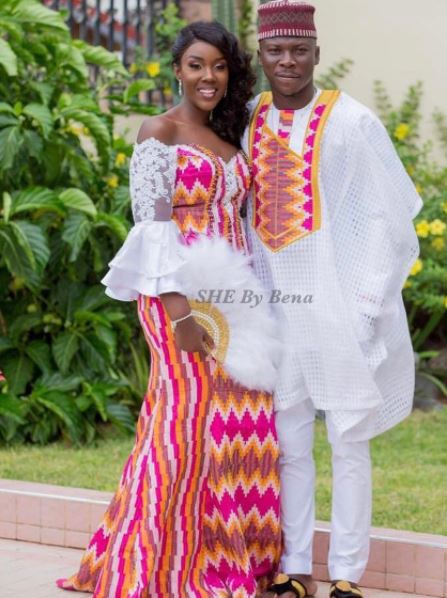 “You know how women are, once you say that, they begin to believe you because they might have encountered certain scenarios. The woman started to come to church regularly after the prophesy. Just after a while, she had stopped coming. I made enquiries and got to know his husband , Stonebwoy had warned her to stop coming to our Church. I thanked God in my head because I knew he was getting closer to ‘laying’ her in his bed.”

Pastor Kakraa Essien, who once happened to work with prophet Nigel as a junior pastor sometime ago made lots of damning confessions including women the man of God had slept with. He also disclosed properties and monies he had scammed people for and added that all prophesies his former boss made about John Mahama were fake.

He added that they (both) he and his boss used to pay informants of the former president, John Mahama to give them information on the ex president so that they could prophesy about him gaining them continous popularity.

Right now, we believe pastors who know they are fake are very hot now. Maybe after Nigel Gaisie, who knows, another may be next, lol. But shouts to BHIM nation’s boss, Stonebwoy. “He no look sharp aa, by now the pall bearers would have come for him”.