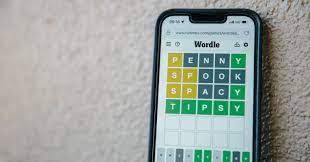 Every morning, since February 2022, I have sent my grad student, Alexandra, my Wordle performance. I have a weird strategy, I don’t try to get the word in the fewest moves, but try to maximize my odds of succeeding. If I have _ I G H T, I don’t try fight, then might, then right. I find a word that has all three letters in there, like FRAME. Then I will know if it’s the F, R, or M. Or, if none of those, maybe the word is LIGHT or NIGHT or SIGHT or TIGHT.

Because I nearly always solve the Wordle before running out of moves, Alex might think I am cheating.

It turns out, a lot of people cheat at Wordle, so they can post a screenshot on their social media. Even a screenshot could be a fake because the answer to that day’s Wordle is easily Googled. In fact, millions of daily Wordle players around the world might be doing the same thing—sending and posting a fake Wordle performance. Indeed, people around us readily admitted to cheating on Wordle for various reasons.

To measure cheating on Wordle in the United States, we relied on Google Trends—a platform that allows users to see how often countries, states, metropolitan regions, and even cities, are searching for specific terms, like “today’s wordle answer.” In an article accepted for publication by Perspectives on Psychological Science, we found that, relative to other states, northeastern states like Massachusetts and Vermont looked up the answer to Wordle the most. Southwest and southern states, like Nevada and Louisiana, looked up the answer the least. We also looked at which states were Tweeting about Wordle the most (California and Texas) to make sure that what we were seeing was not just the Wordle-obsessed states skewing the Google searches.

Social psychology offers two potential insights into why people in some states cheat more than others.

The first answer may lie in religion. Psychologists like Ara Norenzayan have argued that believing in a higher power who watches everything you do (and search on Google) leads people to engage in more pro-social behavior, and cheat less. Indeed, we see that states that have more religious individuals tended to search less for the answer to Wordle.

Another explanation for this cheating variation may lie in cultural tightness. Cultural tightness is an indicator of a group’s preference for strict social norms (like the kind that deter cheating) and strict punishments for breaking those norms. Cultural psychologists like Michele Gelfand have used attitudes towards the death penalty, corporal punishment, and sentencing guidelines to capture this. When we looked at the relationship between cheating on Wordle and cultural tightness, we found that states that score higher on this metric for strict social norms tend to cheat less.

Do these findings suggest that every religious person is honest in their Wordling or that every Vermonter is a cheat? No. Our analyses focus on a more aggregate level to describe what societal features may contribute to a social environment that may discourage cheating more than others. In sum, we see that people in religious and socially strict states tend to cheat less on Wordle relative to their more secular and loose counterparts.

But why cheat on something as benign as a daily brainteaser? First, cheating on Wordle may provide an opportunity to increase others’ perceptions of our intelligence. Across Facebook and Twitter, Wordle players will post their Wordle performance using different-colored emoji squares to represent their performance or their reported summary statistics for past games. Because some players chose to post their performance, failing to solve the day’s puzzle can hurt streaks or lower others’ perception of our reasoning ability. Cheating might also serve to boost our own perceptions of our intelligence. Hindsight bias (the “I would have gotten that!” response) may play a role in explaining why individuals cheat. Searches may also be driven, not by cheaters, but by the curious, who just want to know that day’s answer.

Could cheating on Wordle be a symptom of a broader cultural tendency towards cheating? Perhaps. In 2015, the profiles of millions of Ashley Madison users (a site for “Affairs and Discreet Married Dating”) were leaked to the public. Another study by Chohaney and Panozzo (2018) examined the geographic distribution of these users’ locations and found that there were more cheaters in less religious areas. Similarly, individuals from cultures with strict social norms are less likely to “cheat” on insurance forms and engage in insurance fraud—a practice that costs at least $40 billion per year in the U.S. alone, according to the Federal Bureau of Investigations.

Though cheating on Wordle is innocuous, understanding how culture can shape these little behaviors can provide us with insights as to how we make more critical decisions (like cheating on your spouse).

This article was co-written by Adam Cohen and Alexandra Wormley, M.A., who is a Ph.D. student at Arizona State University in the Department of Psychology.