Our fundamentals are weak; lessons from Global Citizen Festival 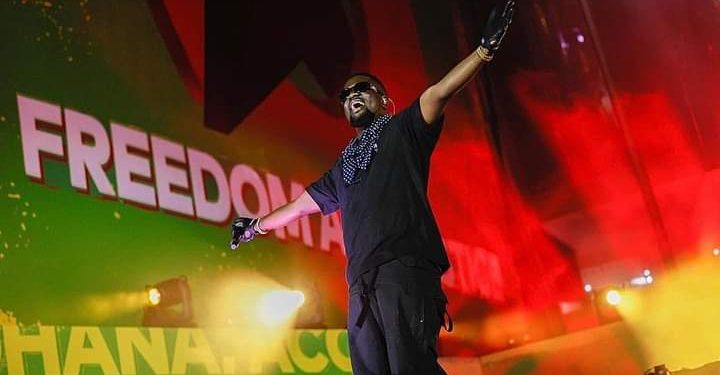 Event organization is an arduous and complex terrain. From conceptualization to the composition of a team, to resource mobilization, to marketing, to delivery, it is such a mammoth task which requires grit. Some people presume event organization as an easy task until they have first-hand experience.

Unfortunately, the smooth ecosystem in Ghana to facilitate event organization is virtually non-existent. While industry players and ‘ordinary’ citizens strive to see a miraculous change in new event organizations, a new yardstick has been created – the Global Citizen Festival.

What is this new yardstick?

Over the weekend, the Global Citizen Festival (GCF) came off as one of (if not) the best-produced entertainment event in Ghana. Everything was perfect, from the artist lineup, promotions, performances, light, sound, set up, audience control, extra support for attendees (charging ports, free refillable water stations), and live stream. In the past few decades, I have witnessed many events as a physical and a virtual audience. However, I have not even caught such a flawless piece of work.

During and after the event, many netizens in Ghana concur that the GCF has set a benchmark for rating future shows organized by our ‘local’ entertainment bigwigs. That’s fair enough. Barring any other noteworthy piece not directly mentioned, I am convinced that the event’s success rested on a large pool of resources – human and capital.

Expertise and sub-substandardness of local production:

Getting experts to run successful events in Ghana has been a severe bane to event organizations. British Advertising Tycoon David Mackenzie Ogilvy once said, “Hire people who are better than you are, then leave them to get on with it. Look for people who will aim for the remarkable, who will not settle for the routine”. Unfortunately, one of Ghana’s significant shortfalls is the lack of technical know-how. Not to say that we don’t have people who have experience in handling events in Ghana. But, the challenge is those who have ‘experience’ are stuck to a particular mundane routine over the years and ‘refuse’ to learn or grow.

Why do I say that? First, it was fascinating to see that our ‘experienced guys’ such as Mr Rudy Kwakye(served as a team lead), Mr Frank Kwakye (sound), and Derrick Ankomah, alongside other production crew members, played impressive roles in the successful organization of the GCF. Yet, these same people offer services to event organizers in Ghana and produce negligible differences yearly. Correct?

So the big question is, what different methods did organizers of the event rely on to pull off such an incredible event? The answer is simple. Our ‘experienced practitioners’ were led/directed by ‘experienced professionals’ (foreigners essentially) assigned by the GCF organizers. For instance, the OB Van (owned by a Ghanaian) used to operate the control room was handled by “outsiders/foreigners”. Not to take anything away from us, but we are just so accustomed to a particular norm.

Thus, pulling off a spectacular production is challenging unless there’s a direction from an “outsider”. Our experienced guys would not take a word from you (as a local) if you tried to suggest other creative ways to get the job done. You will likely hear statements such as, “do you know how long I have been doing this? This is my job; let me handle it”. But do they say the same to “outsiders”? Your guess is as good as mine.

We need skilled individuals to thrive in every facet of our industry. But how will we learn new techniques and improve when there is an institutional and financial lapse? When the people themselves are used to the same routine and are unteachable – unless it is a foreigner?

On finance, while going through the feeds on Facebook and Twitter, I saw how some netizens went hard on events such as the Vodafone Ghana Music Awards – calling them out to take a cue from the GCF and do better. But one missing link was that very few considered (or consider) the level of capital investment that went into the production of the GCF. The budget, if disclosed, would shock the bone marrow of ordinary Ghanaians who lack insight into what goes into the production of a successful event. I, therefore, ask, when will corporate Ghana and the government understand that the creative arts industry can drive tourism and help accrue millions of dollars into the Ghanaian economy?

On this side of the sun, event organizers will go arm’s length to secure sponsorship only to be given a paltry of it (that is when they successfully get any). Lack of financial support leads to inadequate funds to pay for “experts” and acquire advanced equipment to run a flawless event. While the sound guy is underpaid, the light guy is taking his share. As a result, everyone is de-motivated right from the onset, leading to poor production year in and year out. I must also mention GSF employed a large pool of Human resources to see the event’s efficiency. It won’t be surprising that the cost of paying the crew alone can be the entire budget of several “big events” in Ghana. Capital is thus critical in acquiring the tools and human resources needed to man these tools.

Notably, the creative arts industry contributes significantly to counties’ gross domestic product (GDP) worldwide. For instance, in 2020, Media and entertainment contributed a whopping $2 trillion annual economic impact globally and some $500 billion in the United States. It is estimated that about 5 million people are employed within the audiovisual space alone in the creative arts industry, bringing in about $5 billion annually. Sadly, we do not have precise data on the influence of the creative art industry on our economy.

Consequently, I hope that while we set the GCF as a benchmark for future events in Ghana, funding bodies and the government will open their arms wide to support the creative industry. I still consider it an untapped sector. We need to do more. Also, event organizers need to stop underpaying creatives – all in a bid to make so much for themselves. If the resource is available, it is better to pay creatives well, as it would lead to the success of the events. What’s the return on this? Better sponsorship packages for subsequent events.

Additionally, our ‘experts’ need to take it upon themselves to outgrow their comfort zone. It is time for them to plug themselves into international productions to acquire enhanced skills and knowledge to change the fortunes of event organizations in Ghana. On the flip side, I believe our ‘experienced guys’ learnt a thing or two about production while working with these “foreign experts”.

I would use this opportunity to congratulate all the acts who performed, especially our Ghanaian acts, for their stellar performances. Big shouts to Stonebwoy, Sarkodie, Gyakie, DWP Academy, Kwesi Arthur and Yaw Tog. You made us proud.