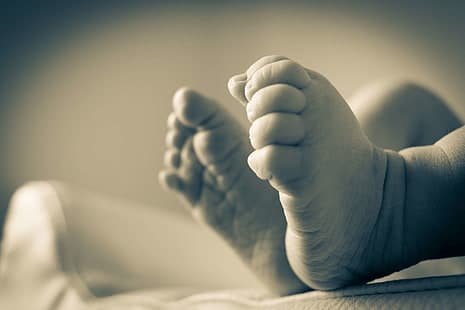 24-year-old Bailey Ennis has birthed a bouncing baby boy in September 2021 with the help of a sperm donor.

But what’s shocking about it is that she did it by purchasing an artificial insemination kit costing only £25.

The young woman from England seems to have been “desperate to be a mum” and “didn’t have a desire to be in a relationship”. Following the artificial insemination, she became pregnant in October 2021 and welcomed her son, named Lorenzo, on 2nd July 2022.

Bailey is currently a single parent and says that she “couldn’t be happier”.

“Having a baby by myself is the best thing I have ever done. Being a mum is wonderful and I am so happy I decided to go it alone.

“I’ve wanted to be a mum since I was a teenager and as a lesbian, I always knew it would need to be via artificial insemination. I didn’t have a desire to be in a relationship. I just wanted to have a baby.

Lorenzo is amazing and looks just like me,” she expresses.

The 24-year-old shares that she wasn’t looking for any particular features, while searching for a donor. ” I just wanted someone trustworthy and as healthy as possible,” she said.

“I found someone who had a healthy medical record and had been a donor for two others before for two LGBTQ couples.

“I found my donor and we WhatsApped and met up for a coffee before both agreeing he would be my donor. He has agreed to be my donor for as many children as I would like.

“I wanted to have blood-related siblings,” she adds.

The cost of a single artificial insemination cycle or (IUI) intrauterine insemination with a partner’s sperm is high. While legal, it can burn a hole in a person’s pocket. Although private transactions are discouraged due to safety measures, Bailey seems to have taken the risk and is now a single mum.