NRA tasked to include nuclear power in country’s energy mix 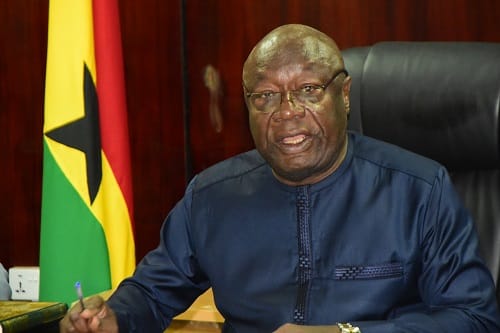 The Minister of Environment, Science, Technology and Innovation, (MESTI) Dr Kwaku Afriyie, has charged the new board of the Nuclear Regulatory Authority (NRA) to boost efforts to include nuclear power in the country’s energy mix.

He said the committee was obligated to initiate pragmatic policies and actions to prepare the Authority to effectively deliver on its mandate in the nation’s nuclear power programme.

Inaugurating the board, in Accra yesterday, he also tasked the board to ensure that nuclear devices for medical and agriculture purposes that would come into the country were well regulated.

The seven-member board which is the thirdfor the NRA is chaired by Professor Aba A. BentilAndam, a fellow of the Ghana Academy of Arts and Sciences with members including Professor Isabella A. Quakyi also from the Academy.

After many years of preparations, President Akufo-Addo, last month, approved the inclusion of nuclear power into the country’s power generation mix, indicating readiness to go nuclear.

The announcement of the government’s approval, called the National Position, is one of the key 19 infrastructure issues under phase one of the programme, a guideline set by the International Atomic Energy Agency (IAEA).

“The board is a requirement in international circles, because if it does not exist we would not have the IAEA permission to proceed and that would be against international law, so this board is very important,” said Dr Afriyie.

He said the country, having completed the first phase, had initiated the second phase with a call for expression of interest from vendors and identification of sites for the project.

“Your inputs should ensure the proper management of the resources of the Authority, and also ensure that the Authority is abreast with all emerging new technologies.

“I urge you to be passionate about this duty, bring your years of experience, expertise and excellence which all of you are noted for, to bear on the task ahead. Above all, take your mandate as a “sacred calling” for which posterity would applaud your memory,” he said.

Prof. Andam thanked and assured the president that the board would be committed to the task ahead, initiate policies and see their quick implementation, and ensure good governance in the NRA.

“I can attest to the fact that members of this board are known for their lives of service and commitment to the nation. This gives me the confidence that history will show that in our day we met the demands which our time requires of us,” she said.