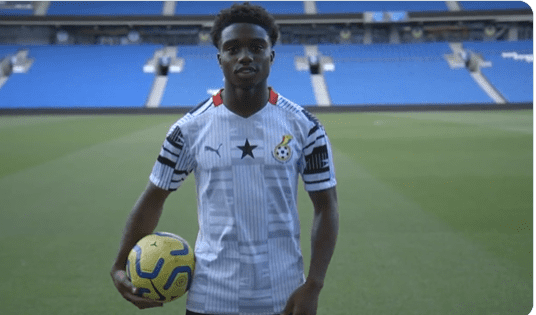 Brighton and Hove Albion defender Tariq Lamptey says he has the backing of his parents after completing a nationality switch from England to Ghana.

Lamptey had looked set to switch to the West African nation after asking to be left out of the England Under-21 squad for the European U21 Championship qualifiers.

Since switching nationality, the 22-year-old has featured in two friendly matches and is expected to make his competitive debut for Ghana against Portugal in their World Cup opener at the 974 stadium in Ras Abou Aboud, Doha.

“They always said to me that they’re proud of whoever I represent,” Lamptey told the BBC’s World Football podcast.

“Ultimately, I was born in England, and they’re from Ghanaian background. Making my debut against Brazil was a really proud moment for both me and my family. It was a surreal feeling against some of the best players in the world.

“It’s every little boy’s dream to play football at the highest level. If I’m selected, then I will try and do my best.”