by Stella Amoyaw
in News

Police officials in Ellembelle, in the Western Region, have located and retrieved one of the missing excavators in a mining forest.

A press statement by the police stated that the excavator was found on Tuesday after days of intelligence operations.

â€œA team of operations and intelligence officers working day and night discovered the missing excavator several kilometers into a forest within the Ellembelle District.â€ 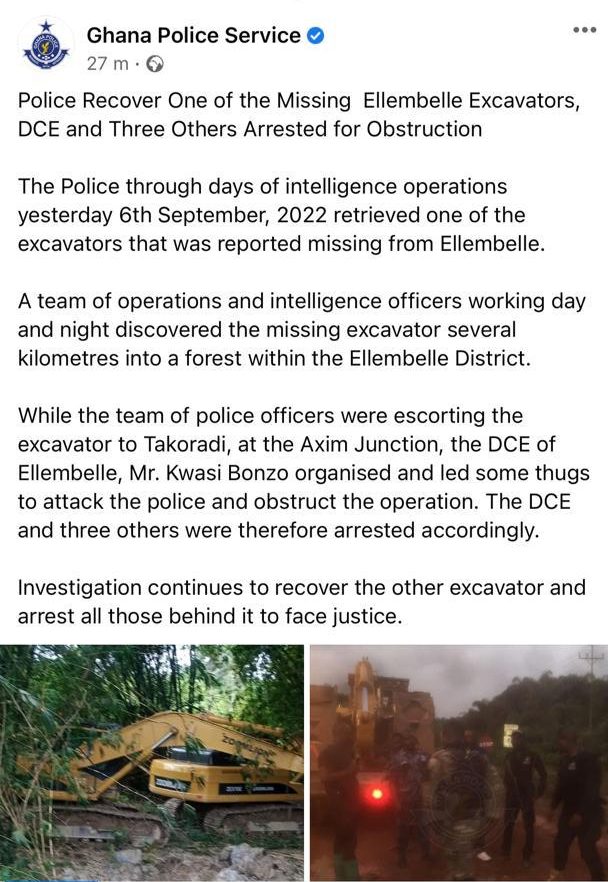 The Police have also arrested the District Chief Executive of Ellembelle, Kwasi Bonzoh, and three others for alleged obstruction.

Police claim Kwasi Bonzoh â€œorganised and led some thugs to attack the police and obstruct the operation.â€

The Ellembelle Police officers have assured to continue with their investigation to recover the other excavator and arrest all those behind it to face justice.