Mark Okraku-Mantey hit with another allegation 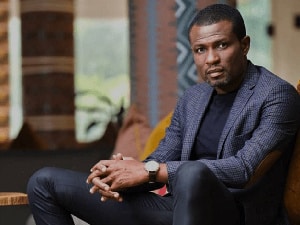 Shortly after Shatta’s submissions against Mark, Tic took to social media to side with him.

He labelled the deputy minister a “bad spot” in the entertainment industry in an earlier tweet.

“The man called Mark Okraku-Mantey is a very bad spot in our Ghanaian entertainment space. Now occupying the Deputy Minister’s seat for the creatives makes it even worse for our motherland????????,” he wrote.

But stressing his point during a phone-in conversation with United Showbiz, Tic painfully narrated several instances where he had either been belittled or sidelined by Mark.

“When I activated the Tik brand, I organized a show in Bukom area. The next day on Hitz FM, they were discussing the programs that happened over the weekend, and Mark said he doesn’t know why I even organized my event. As a gatekeeper, it is dangerous for him to pass such a remark. As a musician of my calibre, this stage in my career is very difficult, so it took a lot of sweat and resources to do what I did.

“I confronted him in his office about why he made such statements and he did not even apologize. He was saying things that did not make sense to me. Fast forward, this person is now our deputy minister. Do you think that if something good is coming my way through him, he will allow it? Obviously, he will sideline and sabotage me.

“There was going to be a big show in Ghana, and the organizers contacted me for the gig. We negotiated but they couldn’t afford the price, so they went to Mark and informed him about the situation. Mark told them that I am just being pompous because I am even unable to realize such an amount at my own events,” Tic bitterly narrated.

He also disclosed his first hurtful encounter with Mark.

“Some time ago, I approached him to produce me, but perhaps he didn’t consider my talent worth producing.”