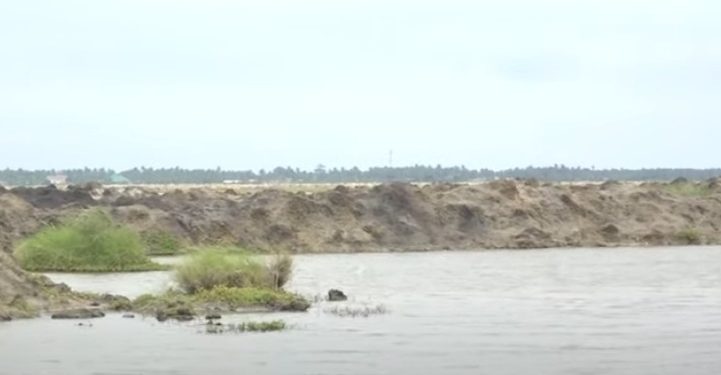 The operations of Seven Seas Salt Mining Limited in Laklevikope and the adjacent towns in the Ketu South Municipality of the Volta Region have reportedly put the lives of the locals in danger, as such, residents in the area have threatened to embark on a protest.

The locals asserted that since they rely on the lagoon for their fishing, the company’s operations put them in danger.

In an interview with Citi News the the Assemblyman for the area, Victor Ayaku, said the residents have resolved to protest since efforts to bring such activities to their minimum have proven futile.

He added that said the company doesn’t care about the lives of the individuals in the area since it failed to erect warning signs as a sign of caution.

“It is important we demonstrate because this company is taking us for granted, all the activities that are being undertaken by the company within the company are doing more harm than good.

“The necessary steps we needed to take as assembly members were all exhausted, but still, what is going on is still going on. We are calling on the government to come and investigate. After that, possibly, we will take legal action against this company,” he said.

A woman and her three children perished on Saturday, September 17, 2022, after falling into a pit near the lagoon operated by Seven Seas Salt Mining Limited.