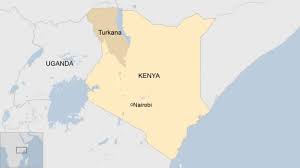 Kenya has launched an operation to arrest cattle rustlers who killed 11 people in an ambush on Saturday.

Eight officers, two civilians and a local chief are said to be among the victims of the violence in Turkana county.

Kenya’s police say the operation aims to arrest the perpetrators, recover the stolen animals and firearms and return normalcy to the area.

It urged people to offer information that may lead to the arrest of the gang and recovery of the stolen animals.

Clashes over livestock and water are common in the area, which is also facing a worsening climate.

In a statement, Jeremiah Lomorukai, the Governor of Turkana, said security forces in the region needed better support from the government to end cattle rustling.

Why I married a whiteman – NSMQ mistress