The award winning film told the heart-rending tale of the horrendous instant justices in local communities of Ghana.

The African film industry is undoubtedly growing at an exponential rate and is gradually becoming the centre of interest in the world of creative arts. Hollywood in Nigeria for instance produces according to some estimates nearly 2000 movies annually.

Worldwide, the culture and creative arts industry has contributed immensely to the productivity of traditional sectors of the economy, serving as a catalyst for economic growth transient, investment, job creation, foreign exchange earnings, education and transmission of culture.

Films are cultural artifacts created by specific cultures to show a reflection of their way of life, and the effects on their lives. It’s a powerful tool for communication and method for education, learning and relearning deep seated socio-cultural narratives.

“As an award winning actress and a producer, my raison d’etreÂ  has always been to create great content and that has driven me to shoot films like JUNGLE JUSTICE and the SPECIAL ONE. My personal drive for creating innovative solutions to social problems leveraging my experience, led me to collaborate with other award-winning actors and actresses in Ghana to produce the award winning JUNGLE JUSTICE – a short filmÂ chronicling the â€˜seemingly neglectedâ€™ mob injustice phenomenon, which destroys families, livelihoods and communities across the Western, Central and Southern parts of Africa in particular” â€” Regina Van Helvert opines

The movie JUNGLE JUSTICEÂ has garnered a lot of attention because of its captivating storyline. The movie won best short film at the 2019 Ghana Movie Awards and has had several showings across the world. It will be shown at the 28th AnnualÂ Pan African Film Festival -Â the biggest black film festival in the world, taking place in Los Angeles, USA from (insert date) to (insert date).Â JUNGLE JUSTICEÂ , produced by Regina Van-Helvert, was directed by Idowu Okeniyi, starring Ghanaian actors and actresses including; Regina Van-Helvert, Yvonne Nelson, John Dumelo, Emmanuel Nii Adom Quaye, Peter Richie, among others. 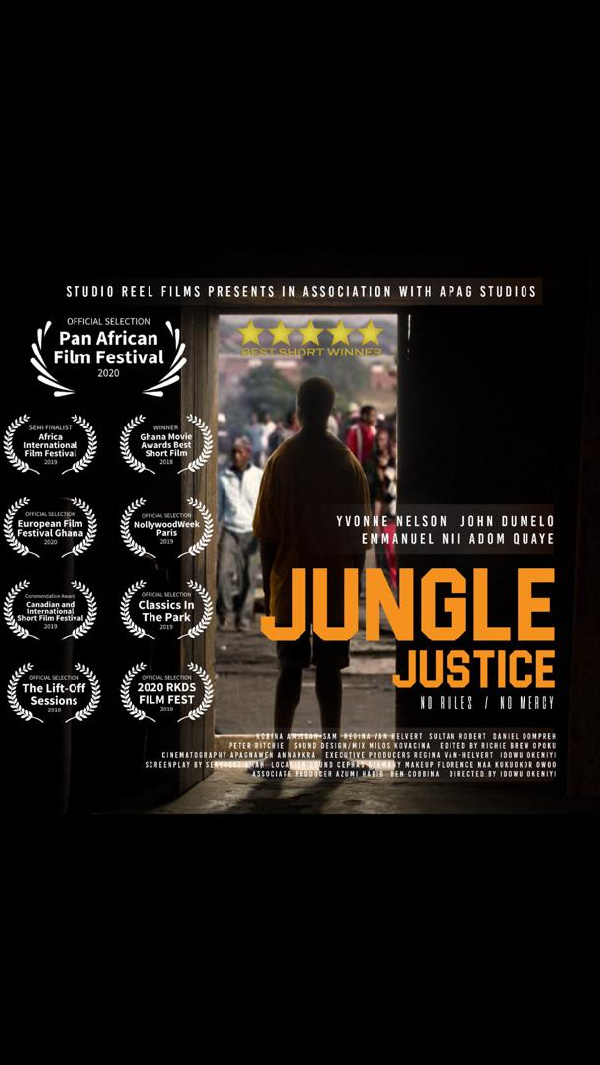