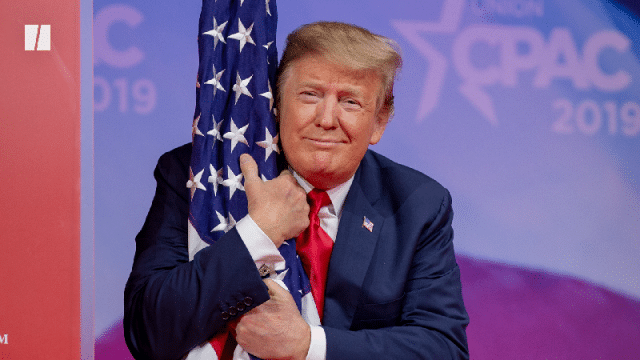 Jimmy Kimmel torched Donald Trump’s two adult sons on Thursday by offering his own interpretation of what the ex-president said in a wild Fox News interview earlier this week.

During the interview, Trump claimed he had the power to declassify documents with his mind when he was president.

“You can declassify just by saying, ‘It’s declassified.’ Even by thinking about it,” Trump told Sean Hannity.

Kimmel called him “Harry Hou-dummy” over the claim.

“If Trump actually had the power to change things just by thinking about them, Don Jr. would’ve turned into a Big Mac 30 year ago,” Kimmel cracked.

In the same interview, Trump said the FBI took his will when they executed a search warrant at his home last month.

“That could cause a lot of problems if that gets published from people that won’t be so happy or maybe will be very happy,” Trump said.

“It would cause a lot of problems,” Kimmel conceded. “Because you’d have to explain to Eric why he’s not in it.”