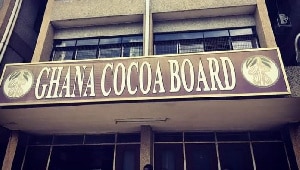 Redd Intelligence, a global research company, is upbeat about the Ghana Cocoa Board’s (COCOBOD) ability to repay its loans.

Redd Intelligence contends that COCOBOD cannot default, according to a myjoyonline report.

It is very impossible to default on Cocobod’s flagship financing, according to Tedd George, founder of Kleos Advisory.

Myjoyonline.com quotes him as saying, “It’s a low-risk African agricultural asset that you want on your books.

books,” he is quoted by myjoyonline.com.

COCOBOD has never defaulted on its syndicated facilities since 1992.

Tedd George stated that Ghana’s government is likely to prioritize the payment of the loan before it repays the IMF.

“The government will do everything in its power to get the facility repaid. It might even repay [COCOBOD] before it repays the IMF, and the IMF might even support this,” he added.