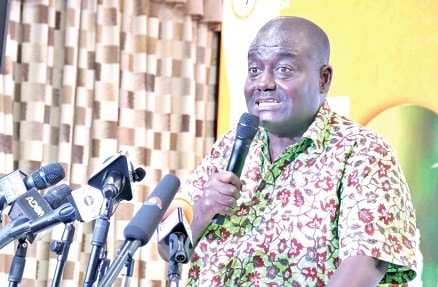 Isaac Bampoe Addo, the executive secretary of the Civil and Local Government Staff Association of Ghana (CLOGSAG), has urged the Public Services Commission (PSC) to assist in protecting the civil and local government services from political meddling and abuse.

He said the commission might create regulations by constitutional instrument for the effective and efficient discharge of its duties under this Constitution or any other law, subject to the approval of the President, as stated in Article 197 of the 1992 Constitution.

According to Mr. Addo, when the Constitution is changed, it will ensure that no parallel institutions are established to suit the narrow interests of politicians and, to a considerable part, will also avoid duplication of civil and local government tasks.

He was speaking at the Fifth Nathan Anang Quao Lectures in Accra yesterday on the theme: “Abuse of political power in the Ghana Civil Service: the bane of national development”.

It was organised by CLOGSAG in memory of the late Nathan Quao, a celebrated citizen, diplomat, educationist and public servant who became a senior presidential advisor on governance to five successive governments in the country.

It was attended by staff of CLOGSAG, the media and the general public.

According to Mr Addo “we are where we are because we have neglected the development of the civil and local government services for political expediency”.

He, however, said no government could achieve its objectives without a well-motivated, properly structured and well-resourced administrative machinery.

The executive secretary further cautioned politicians to avoid the temptation of “creating avenues of employment for their teeming supporters to prevent unnecessary duplication of efforts and wanton dissipation of scarce government resources”.

He also alleged that the situation had led to the phenomenon of “goro boys” where cohorts of politicians interfered with the work of established government institutions.

The executive secretary also claimed that political interference in their work had intensified in the Fourth Republic due to a number of factors which included the winner-takes-all system, creation of jobs for “the boys,” campaign resources and loyalty, ‘moneycracy’ associated with political campaigning, patronage and clientelism, as well as involvement of bureaucrats in politics.

“Although strengthening of our existing laws will help curb this phenomenon, it is recommended, among others, that a review of the President’s power of appointment would help minimise politicisation in the country’s bureaucratic set-up” Mr Addo said.

He said the difficulties in civil and local government services now was how to “navigate” the thin line of being professional and implementing programmes of succeeding regimes to enhance the welfare of the polity without necessarily eliciting political tags.

“In our quest to be professional in our work and stick to the principles underpinning the service, we end up courting disaffection from the political divide,” Mr Addo said.

Also, he said compliance of policies of a particular government or politician also created a delicate situation for most civil servants, particularly the senior ones due to the fact that “work ethics are misconstrued as allegiance to the government of the day”.

The executive secretary cited instances of intrusion to include “tinkering” with institutional arrangements without recourse to their respective governing councils and the recruitment of “party apparatchiks” as consultants to perform routine civil service functions and paying them higher unearned salaries.

He alleged that it was such practices that had led to the ballooning of the civil service wage bill as reported in the 2020 Auditor-General’s report of ministries, departments and agencies, as well as metropolitan, municipal and district assemblies.