In Hong Kong, sympathy and a dash of bitterness 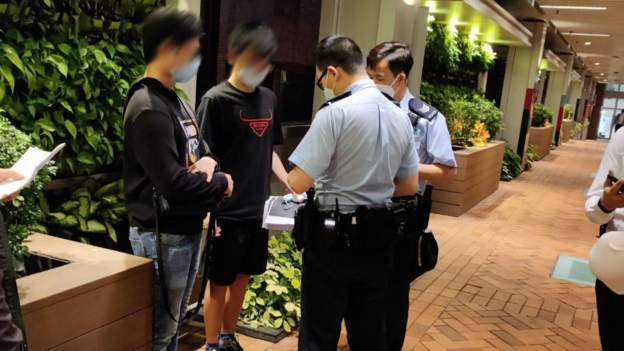 There have been two very small events in Hong Kong to support the demonstrations in China.

Two mainland Chinese students held flowers and gave out leaflets at the University of Hong Kong (HKU). The leaflets asked others to express condolences to the victims of a fire in Urumqi, the western Chinese city that has been under Covid restrictions since August. Police took their details and then let them go.

Meanwhile about a dozen students gathered and lit candles at the Hong Kong University of Science and Technology (HKUST).

Comments on social media showed a mixed reaction – Hong Kong saw months of clashes between anti-government protesters and police in 2019 but Beijing has largely quelled the unrest by imposing a controversial national security law.

“Let mainlanders experience for themselves what it’s like when you can’t express yourselves freely,” said one user.

Under Hong Kong’s Basic Law the territory enjoys rights including freedom of assembly and freedom of speech, which do not exist on the mainland. But Beijing’s national security law has limited those rights.