I’m tired of getting arrested, give us jobs or allow us to sell weed – Man to government 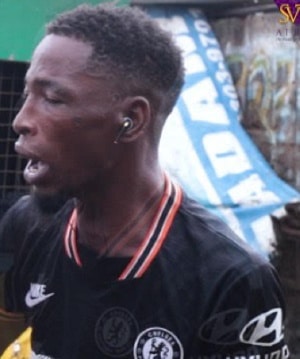 Wisdom is based in Ashaiman and he says he's jobless

According to Wisdom, he has been jobless for a long while and depended on weed to cater for himself and his family.

Speaking on Ghetto Life Story on SVTV Africa, Wisdom revealed that he has been arrested severally for selling weed and remanded to two years in prison. He noted that the authorities sometimes arrest them without reason because they “know this area is a ghetto.”

“I started selling because my family had nothing, and my work collapsed after my boss travelled. So I decided to get into that business to support my family.

Moreover, Wisdom pleaded with the government to provide jobs for the youths here because “companies do not even employ us when we mention Ashaiman. If they allow us to sell the weed, there will be no criminals.”

Wisdom shared some of the effects weed has had on his life. According to him, he smokes for the calming effects because he is quick-tempered.

“Cocaine is not good, but the youths mix it with weed these days. For me, I don’t do cocaine, but weed makes me think well,” Wisdom told DJ Nyaami.

The loneliest chimpanzee in Guinea passes away