Grammy-winning musician, Burna Boy has mocked Davido in his response to Wizkid.

It was previously reported that Wizkid had instructed his colleagues in the music industry on how to address him.

Burna Boy while reacting to Wizkid’s post, concurred with Wizkid that he was the father of the music industry.

He continued by claiming that in the Nigerian music industry, he was Davido’s uncle.

Burna Boy wrote: “Lmao, normally Wizkid na every Naija artistes popsy for sure. But I be Uncle to Davido for the Music thing!!! Yes I said it!!!”. 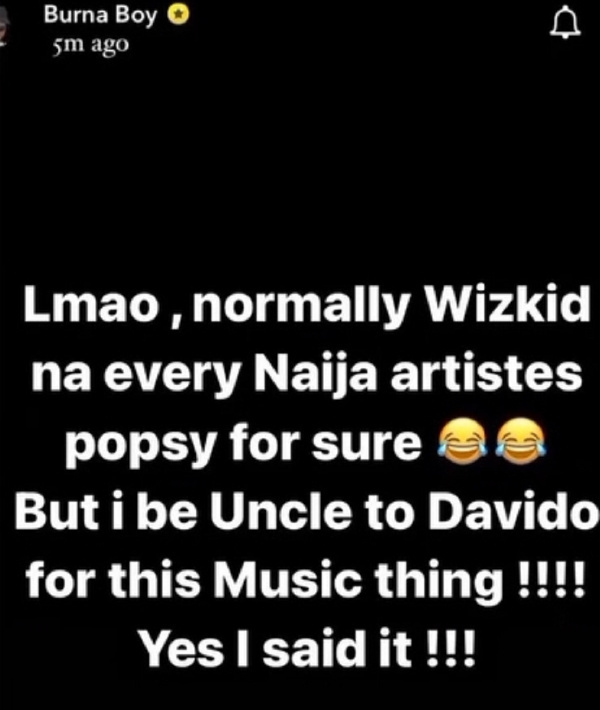