I impregnated my ex-girlfriend after I married – Movie producer 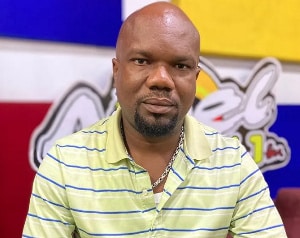 Ghanaian movie producer, Peter Mawuli Ekpe, known widely as Loudmouth Abro, has narrated a difficult situation he found himself in some years ago.

Speaking in an interview with ZionFelix, Abro revealed that he impregnated his ex-girlfriend after he got married.

He explained that he reconnected with his ex when his angry wife packed her things and went to her parent’s house.

According to him, anytime they had little issues, his wife would leave their house to stay with either her mother or father.

After his wife was away for some months, the movie producer said he met his ex-wife and looking at how beautiful she had become, he expressed interest in her again.

Abro stated that they started having sexual affairs until his wife returned.

He indicated that the relationship between him and his ex-girlfriend ended again.

Later, Abro’s ex-girlfriend got pregnant without informing him.

The popular movie producer disclosed that he got the news about his ex’s pregnancy through his wife who wanted to know if it was true.

Abro averred he rushed to use the toilet facility after the question was posed to him.

Though he denied it initially, Abro took up the responsibilities after the child was born because it was clear that he was the father of the baby.

Sadly, Abro and his wife broke up, hinting that they were not having the same understanding, but they are still friends.

Watch the interview below: