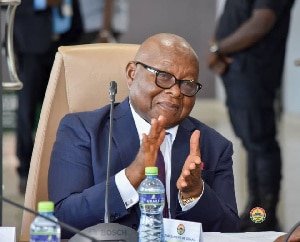 Professor Aaron Mike Oquaye, a former Speaker of Parliament, has admitted that he could not deal with the issue of absenteeism among Members of Parliament (MPs) successfully during his tenure in the seventh parliament.

He explained that although he attempted to stamp his authority on absenteeism he could not succeed in that action.

“I admit that I was not successful in dealing with absenteeism within the lawmakers during my tenure as Speaker of Parliament even though I attempted to stamp my authority on the menace,” Prof. Oquaye bemoaned.

He indicated that regarding the issues involving Sarah Adwoa Safo, the MP for Dome-Kwabenya Constituency, Henry Quartey, MP for Ayawaso Central Constituency, both in the Greater Accra Region and Kennedy Agyapong, MP for Assin Central Constituency in the Central Region, who absented themselves from Parliament for more than 15 days, confessed that he did not really succeed in absenteeism.

“Members must vote in a certain direction, we had two former Members of Parliament contesting for president, who were John Dramani Mahama and Nana Addo Dankwa Akufo-Addo unlike United States when Barack Obama’s record was brought out as a Senator but we do not have that in the country.”