The Bono Regional Chairman of the ruling New Patriotic Party(NPP), Kwame Baffoe, alias Abronye DC, has revealed how several state-owned vehicles were purchased at a discount by former National Democratic Congress (NDC)government officials as they prepared to leave office.

According to the document sighted by GhanaWeb, 361 automobiles at $110 each were sold to government appointees for a pitiful $3 million.

Abronye asserted that the state lost $107 million as a result of this.

“The table above shows 40 out of the available 361 documents exposing how various state cars were purchased by high-rank NDC officials after they had lost the 2016 polls. The total value of all 361 cars was $110, but John Mahama sold it to his appointees at $3m, causing a financial loss of $107m equivalent to GHC1.5 billion to the state,” he shared as part of a press conference organised by the Patriotic Forum for Accountable Governance at the International Press Centre on Monday, September 19, 2022.

The press conference was on the back of a statement by former President John Dramani Mahama that he will review Article 71 of the 1992 Constitution, which covers emoluments such as ex-gratia for senior government officials if he wins power in 2024.

But according to Abronye, the former president’s promise is aimed at scoring political points and has no actual commitment behind it.

He tagged former President Mahama as being the biggest beneficiary of Article 71.

Per details of the document shared by Abronye, some of the cars, including a 2015 model Toyota Avensis registered WR 2798-15 with a market price of $28,965.00 (GHC167,846.38), were sold to former Deputy Education Minister Alex Kyeremeh for a paltry GHC500.
Some other beneficiaries of the 361 cars include Alhaji A.B.A Fuseini, Joyce Bawa Mogtari, Collins Dauda, Kwabena Mintah Akandoh, Sylvester Mensah, Murtala Mohammed, Victor Smith, Dr Raymond Atuguba and Dzifa Attivor.

Abronye noted that a good number of persons who benefited from the sale of the cars were cronies of former President Mahama and officials of the NDC and did not merit an ex-gratia in the first place. 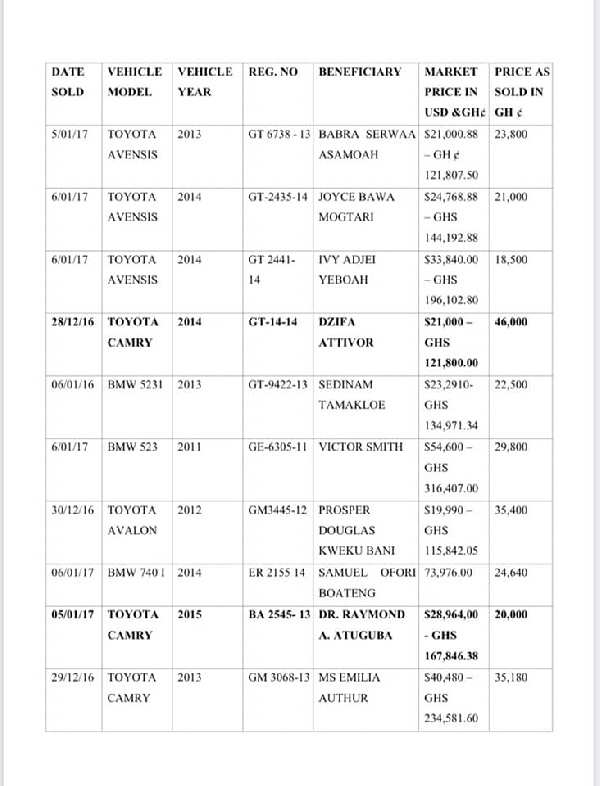 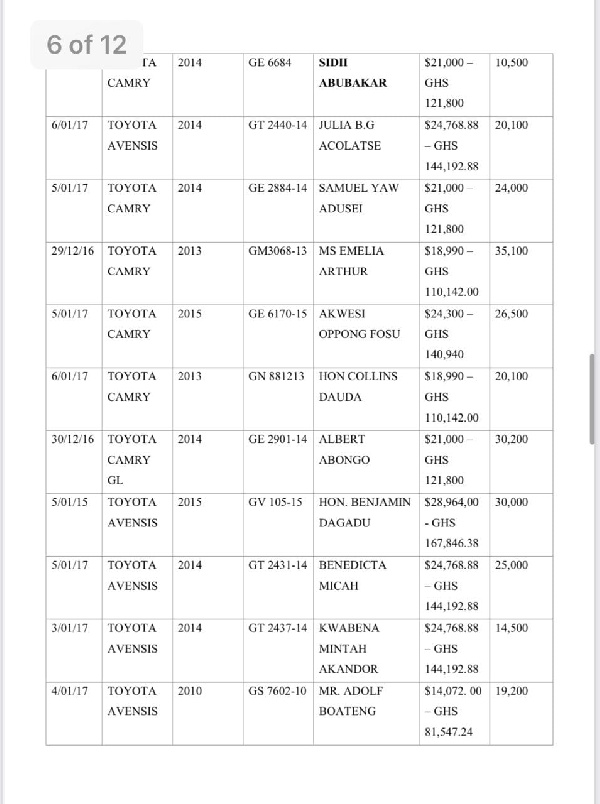 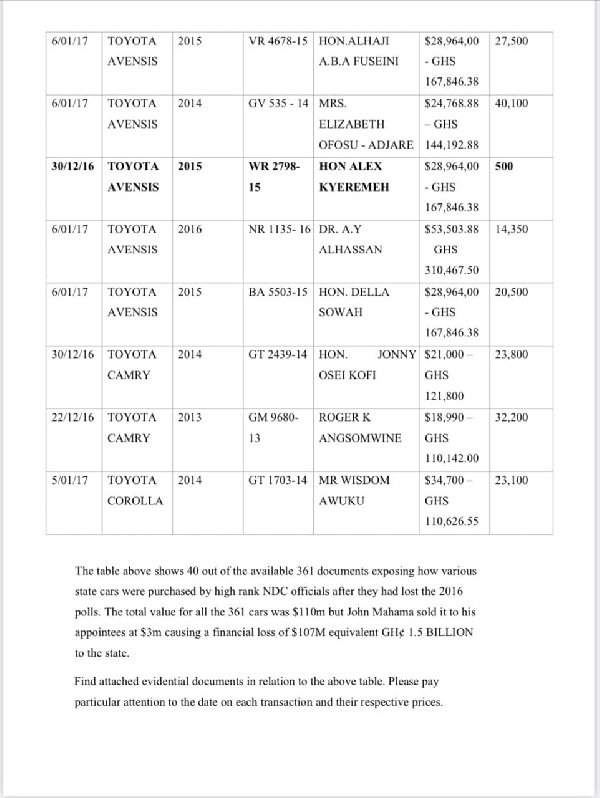 Ghanaians concerned about rising standard of living, as pure water now costs half a cedi

Ghanaians concerned about rising standard of living, as pure water now costs half a cedi