How a ‘hate’ tweet changed the lives of a couple

The man captured proposing to his girlfriend

A tweet from a local South African journalist meant to troll a man who proposed to his girlfriend in a KFC restaurant rather turned in the favour of the latter.

The journalist with the Twitter handle @butterfly_Anele, dropped a disparaging comment on a video posted by KFC South Africa looking for the whereabouts of a couple who shared the lovely moment in their restaurant.

In the video, a man only identified as Hector proposed marriage to his girlfriend, Nonhlanhla while other customers present cheered them on.

But reacting to the post, the journalist posted, “SA men are so broke they even propose at KFC…They have absolutely no class, I mean who proposes at KFC. #KFCProposal.”

This tweet meant to troll the couple interestingly changed the narrative as sponsorships and support from both local and multinational companies continue to pour in for the couple who are yet to announce their wedding date.

Even though the local journalist has since apologized. She blames her untoward comment on being misunderstood but the South African social media community have refused to come to terms with her apology.

After the incident, over 100 multinational brands and individuals have pledged sponsorship in various forms including cash, free wedding organisation, all-expense-paid honeymoon, groceries supply, debt clearance, food supply and several others.

Read:Love knows no boundaries: The story of this couple proves it

This may just be the genesis of a luxurious life for the couple.

The journalist, on the other hand, privatised her Twitter account and refused to reply to any of her critics. 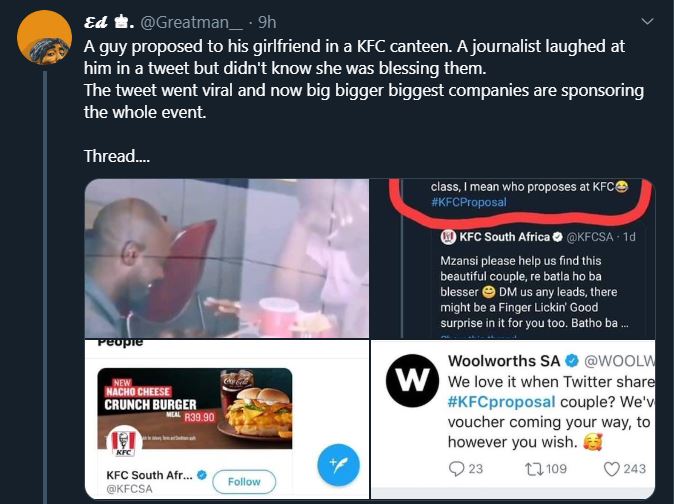 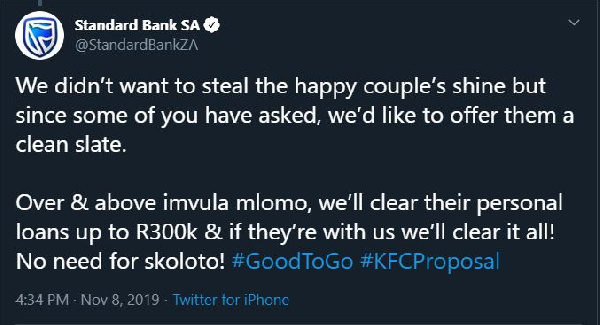 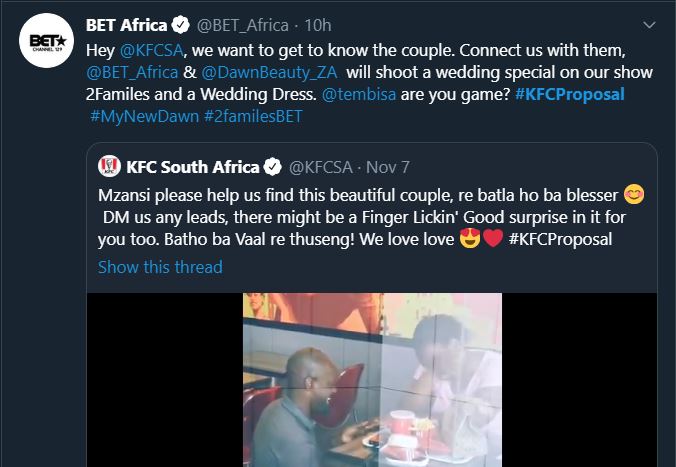 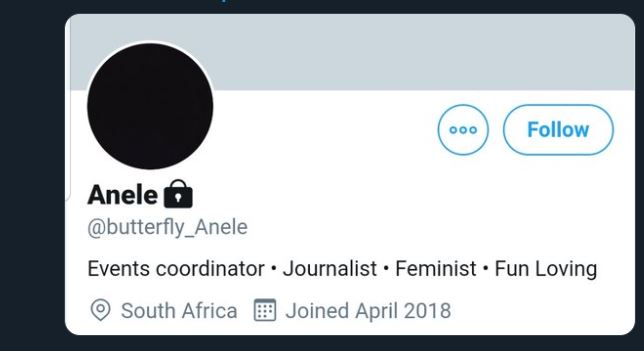