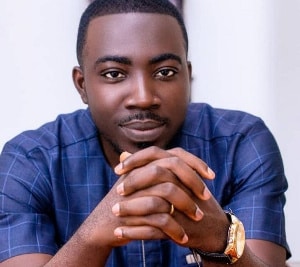 The Executive Director for Shaip Africa Foundation, Mr. Clement Clinton Blay has appealed to the government to as a matter of urgency, establish a fund for public health and medical emergencies to support medical treatment of worrying situations such as childhood cancers, Kidney dialysis, cancer Chemotherapy, major surgeries, and many medical emergencies.

He complained that sometimes it is very hazardous and worrying to see parents with their sick children on radio, television, and under the scorching sun on the streets begging for money to foot their medical bills.

Speaking to journalists on Tuesday, 22nd November 2022, Mr. Blay bemoaned these children are anticipated to live under particularly difficult circumstances that subject them to violence and lack of quality health care.

According to him, caring for a child with a severe illness can be emotionally and physically draining for parents and siblings.

“The physical challenges, medical needs and financial implications are some of the concerns these stranded parents face along with dealing with their financial needs and the effect a prolonged illness can have on the whole family,” he stated.

The Human Right Advocacy group said the devastating effect of such illness had made it a critical necessity to establish the fund, counting the critical health implications it had on the child well being.

Clement C. Blay explained that many patients in Ghana die in various hospitals because they find it difficult to raise money to pay for head and spinal injuries as well as cancer treatments because of the high cost involved in their treatment.

“It’s important the National Health Insurance Scheme (NHIS) reforms to cover diseases that required major medical surgery rather than inconsequential diseases such as malaria, which many of the patients could afford to pay for its treatment”.

“So I think that this is the time for the country to rally behind the ministry of health and the government to really come out with proper reforms on the health insurance scheme to pay for all or some percentage for emergency health finances,” he told journalists.

He added that “Charging Ghc1 per at least 2 million tax payers can raise GHc2 million every month, in addition, to support by donor agencies and corporate entities”.

He finally called on child right advocacy groups such as Child Right International, UNESCO, and all other Child Right activists to support his call to ensure government established the health emergency fund.

Knii Lante throws support behind the Black Stars with ‘Another Goal’